Our plans to get up at 4:30 this morning quickly devolved to 5am. I’m not sure why we keep trying.

We decided to try hitching to the trailhead instead of walking the 2.5 miles along the road. When we got to the store/gas station our chances weren’t looking good. I guess it was too early in the morning for tons of people to be out and about. We decided to wait for one more car… and it picked us up! The driver was up to try a hike from the same trailhead, so it worked out perfectly!

﻿
The climb this morning started in a thick grove of trees. We passed the 1500 mile mark fairly quickly as we climbed. Stopping was a precarious task though, as the mosquitoes are out in full force!

The trail emerged from the trees and we were treated to some amazing views of Castle Crag. The trade-off for those views though was that it was getting hot! Luckily there were several water sources in the morning, so we didn’t have to add too much water weight to the weight of the newly full food bags that we are carrying. And just to add to the adventure, at one of the dry sources, we both ran into a rattlesnake! 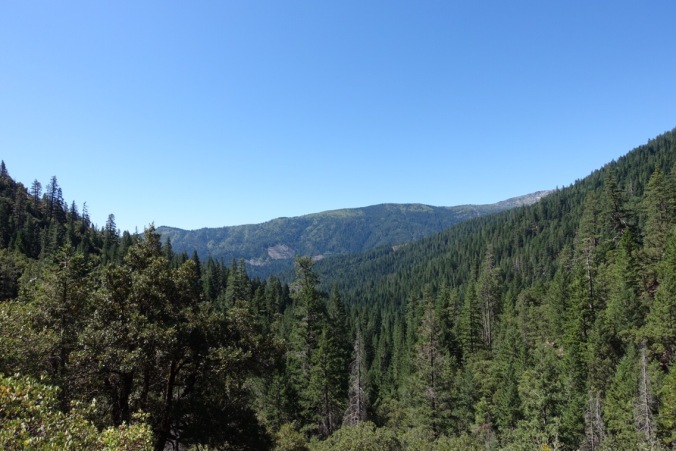 I found a great shaded spot in the wind (no mosquitoes!) for lunch. Then it was back into the sun for more climbing! I think the temperature neared some of the warmer days in Southern California, but we don’t have the patience for siestas these days and powered through. A bit of a breeze helped and I think that we’re generally more tolerant of hiking in the heat now.

As we hiked past the many southbound hikers today, we would mention the big views that they had ahead of them and they’d respond that we could also expect big views. I should have put two and two together to realize that meant more exposed climbing. They were right though — the views were breathtaking! 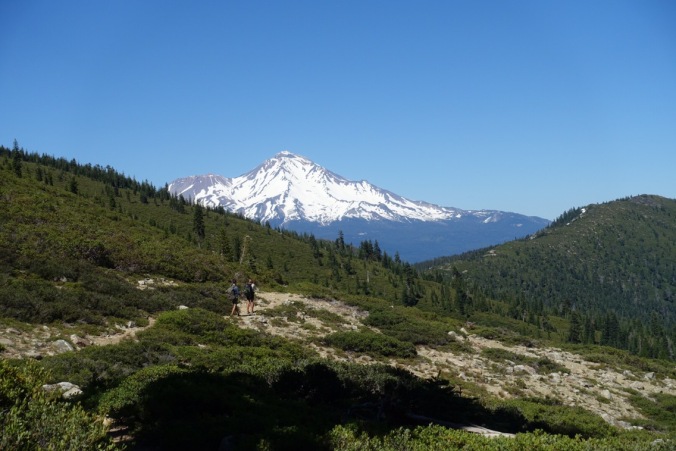 There was a gap between water sources this afternoon and we didn’t feel like carrying the extra water to dry camp or pushing to the next water source. While looking through some comments on Guthooks, I discovered that there was a lake that was only half a mile off the PCT with camping next to it. The mileage lines up well and the thought of ending my day with a swim was a big draw. Camping off trail it was! 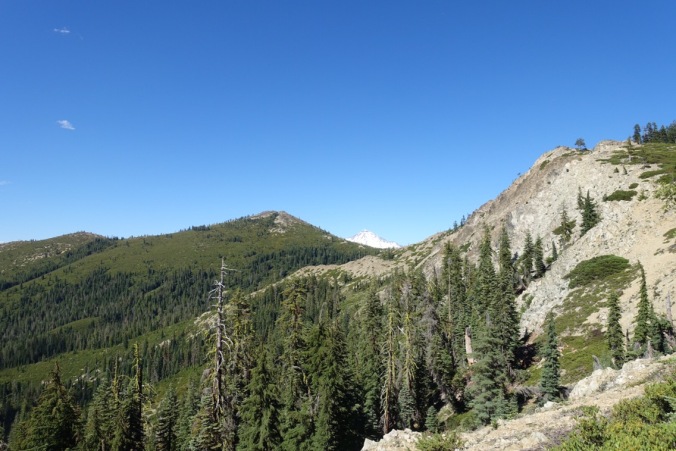 Hiking off trail felt very peaceful — like we were really getting off the beaten path. Of course, I wasn’t the only one with that idea. Two other women were camped near the lake. I immediately eased into the water to see if it was swimmable. Upon determining that it was, I stupidly decided that instead of getting my bra (more) wet I’d throw it back to shore and swim without it. Obviously I missed.

After each taking a dip, we managed to eat dinner outside before ultimately being chased into our tent by the bugs. I’m glad though that we chose to go off trail to camp here at Helen Lake. It’s an idyllic and relaxing location and being able to swim at the end of the day is refreshing. 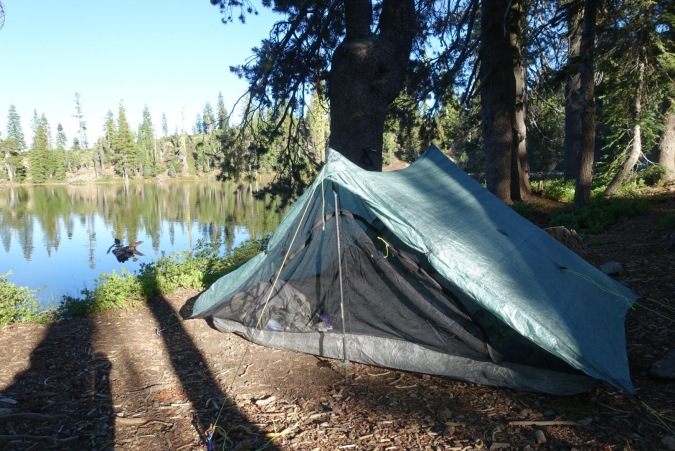