Sleeping in this morning was marvelous. Granted, it would have probably been nicer if it wasn’t so hot at night and if I miraculously found myself on a more comfortable mattress. 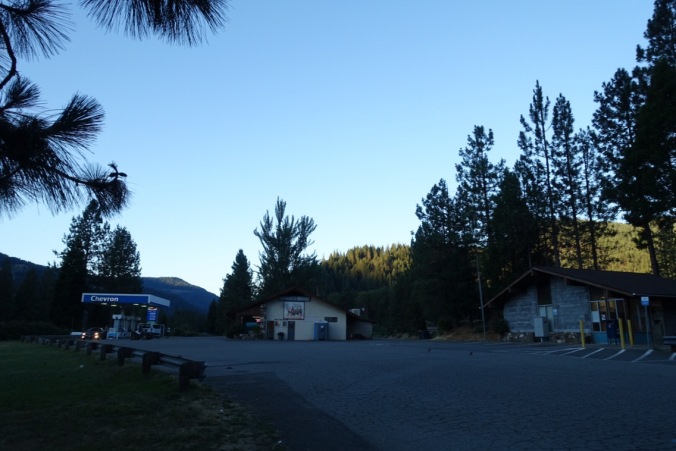 The only agenda item for the day was to get to Dunsmuir so that we could find wifi. We have no wifi or data here at the campground, so we decided to hitch for the day to find it. We walked down to the market/gas station and then started trying to hitch. It took a while, but finally a couple pulled over in their pickup truck and offered us a ride. Not our best hitch. Probably something to do with the fact that the woman (passenger) popped open a beer for the driver as we pulled into Dunsmuir. It was unclear if they were just trying to freak us out (he didn’t drink it while we were in the car), but still unsettling. Luckily we were safely out of the truck a few blocks later.

First order of business was an early lunch. We opted for Mexican food and both had gigantic burritos (which I couldn’t finish because I’m a pathetic thru hiker). 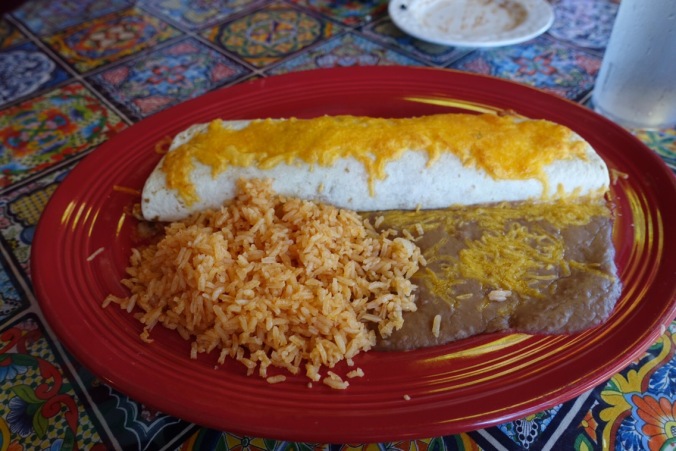 Next we stopped by the local grocery store to pick up a few additions to our resupply and breakfast for tomorrow. They even had a mini cherry pie that we bought to enjoy this evening.

By now the local library was open, so we camped out there for a few hours to use the wifi and stay out of the heat. They were super friendly there in welcoming hikers and making sure that we knew where all of the electrical outlets were located. They clearly knew our needs!

We’d heard that the local brewery had wifi, so we moved our operations over there for a bit. They delivered on the beer side, but not so much on the wifi. So it was back to the library for a couple more tasks. Thank goodness Dunsmuir is a small town!

We hitched back to Castella with one of the volunteers from the library. Our resupply package had arrived! For a moment we thought that we were down a dinner (which would mean buying some horribly-prices item from the Castella store), but we were able to split one of our dinners into two. I guess we’d thought that by now we’d have much larger appetites then we actually do. Otherwise it looks like we have plenty of tasty snacks for this section thanks to our care package!!

There were new faces at the campground tonight, but no trail magic. Not a big issue for me though since I still had my leftover lunch burrito for second dinner (brewery was the first). The advantage to being a small eater! 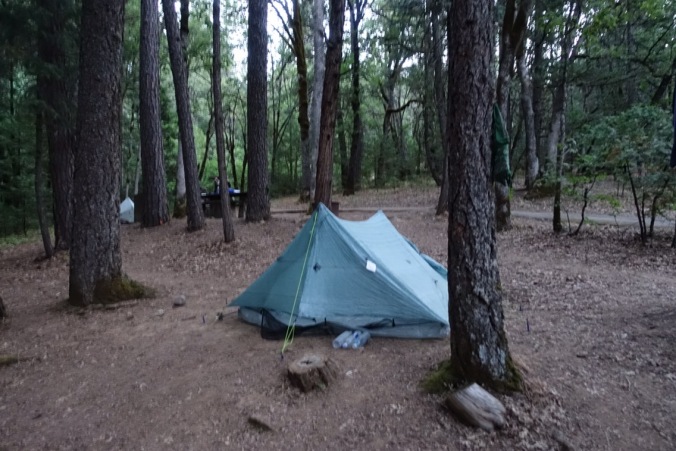 ﻿
﻿The plan for tomorrow is to get out early. We have a big climb ahead of us and either need to hike or hitch back to the trail. We still haven’t decided which — I guess we’ll leave that decision to the morning.