Finally, a day without snow and microspikes!  It was an amazing feeling to wake up this morning and know that we likely had clear trail ahead of us for the entire day.

We started the day with a multi-mile descent to the middle fork of the Feather River.  The trail was largely hidden in the trees — something that would make the going slow in the snow, but it was pleasant with dry trail.  There were still lots of blow downs as evidence of the heavy winter snow, including a couple that I opted to remove my backpack for as I tried to climb over (or under) the fallen tree.  It was freeing to be able to stretch my legs and walk alone for the morning instead of staying within yelling distance of Michael.

Piece of trail washed out after a huge tree fell over.  Easy scramble around…

…only to find that the trail switchbacked and now we had to get around the fallen tree as well! 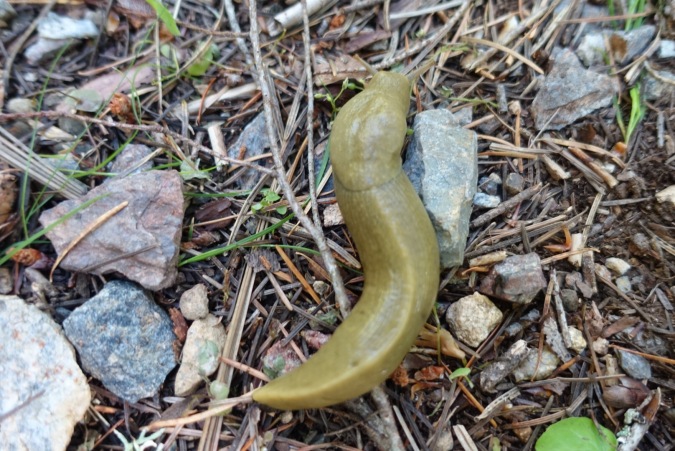 The middle fork of the Feather River was raging.  But unlike in the Sierra, I didn’t have to concern myself with the power of its flowing waters.  I took the bridge across instead!  I couldn’t help but look up and down as I crossed though to see where the water below might be the calmest for crossing 😉  We actually had a bunch of creek crossings today.  A few had bridges, but a bunch of the “seasonal streams” were flowing pretty well and we found ourselves doing a lot of rock hopping. 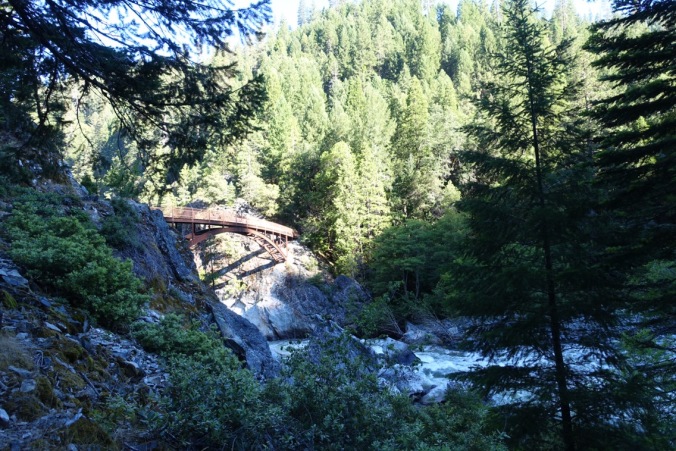 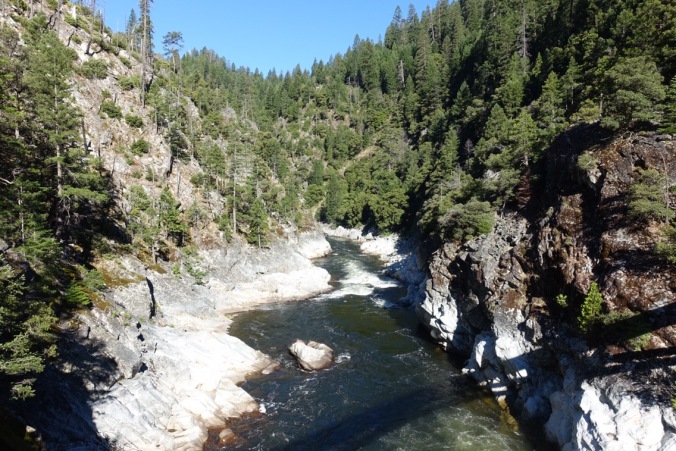 There was lots of water in the middle fork. So happy for the bridge!

Trail that goes down in the morning means a big uphill is sure to follow.  We had about a 2500 foot climb that was spread over much of the rest of our day.  The climb started out with a trail dug into the side of tree-covered hills.  There was so little room alone the side of the trail that we ended up plopping down in the middle of the trail for our lunch.  We’d only seen one person this morning (Another One, who we must have passed early in the morning) and no one came by while we ate our lunch (and we saw no one for the rest of the day).  We’re starting to get used to the solitude out here, but I still find it amusing how few people we see after being surrounded by so many in Southern California.

After a few miles our climb transitioned to a fairly exposed ridge walk that afforded us views of the surrounding mountains and Mt. Lassen in the distance.  One of the most exciting parts of the view was that, with the exception of Mt. Lassen, most of the mountains were green instead of white!!  We actually had to walk over a couple of minor patches of snow as the trail approached 5900 feet, but only a few steps.  It was almost a snow-free day!! 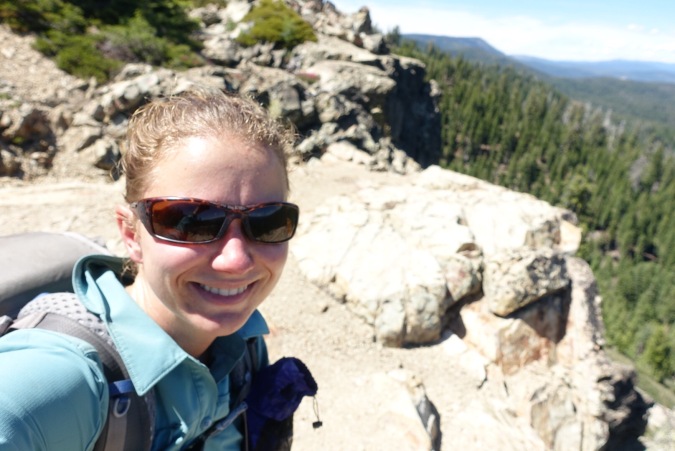 Hiking a full day on trail again will certainly take some adjustment.  The pace is different and I think it will take a few days to fully build my endurance back up.  But I don’t mind!

We came across some trail magic — books! I’ll stick with my kindle, but it’s a fun idea. 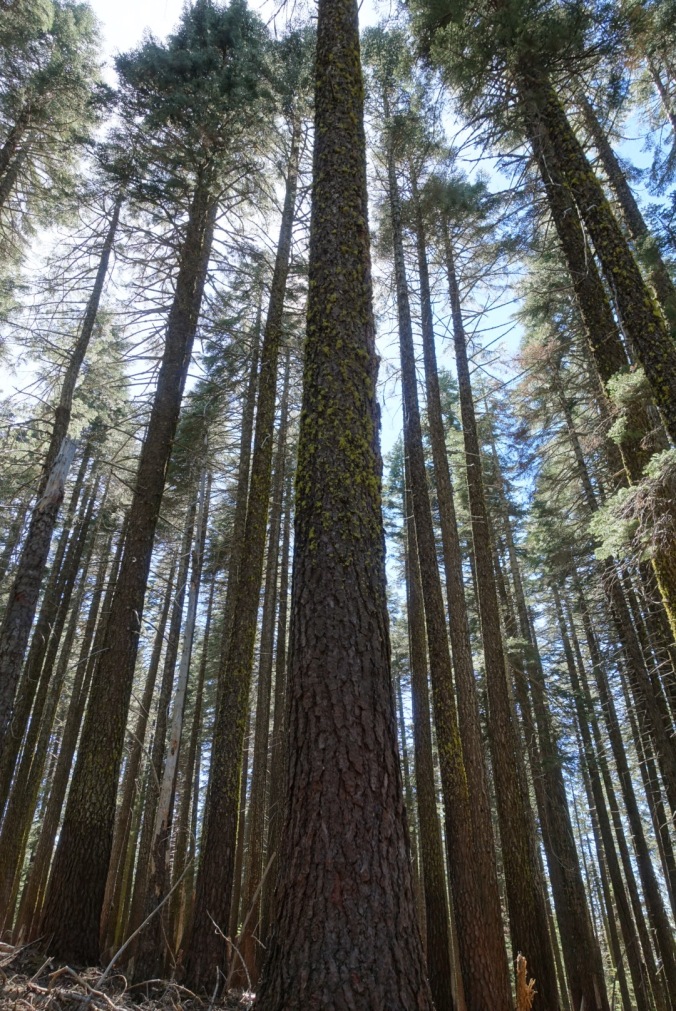 We found a camping spot along a stretch where Guthooks suggested that there would be no camping.  I’m starting to suspect that the app purposefully doesn’t attempt to list every place where you can camp — it makes finding the spot more of a delight!  This evening’s spot was buggy, but not quite as intense as last night.  I managed to eat my dinner more or less in peace before retreating into the mesh protection of my tent.

Fern Gully was one of my favorite movies as a kid. Sadly, no fairies were sighted walking through this Fern Gully.

Tomorrow we climb above 6000 feet again around Buck’s Lake.  Sounds like more snow for us.  We’ve studied the topo lines around the trail in that section and have strategized about potential options if the snow puts us along any steep traverses. Hopefully it won’t slow us down too much, but it’s nice knowing that we put in good miles the last couple of days and should be able to get to Belden in a couple days before our food supply runs out after all.

Up Tam, down Tam
This morning the clouds rising out of Muir Woods looked kinda like Vazquez Rocks.
Mt Tamalpais State Park, next to the free parking across from the Mountain Home
Finished City to the Sea Half Marathon!
Throwback to Halloween less than a month after we finished the #pct #pct2017 and we didn’t really have candy to give out to trick-or-treaters. #hikertrash
Short morning hike.