Last night was the warmest night we’ve had so far on the trail. I basically couldn’t stay in my sleeping bag and had to keep my arms out of the bag — unheard of with all our cold nights thus far. When we got up with our 4:30 alarm, it was still only slightly chilly. 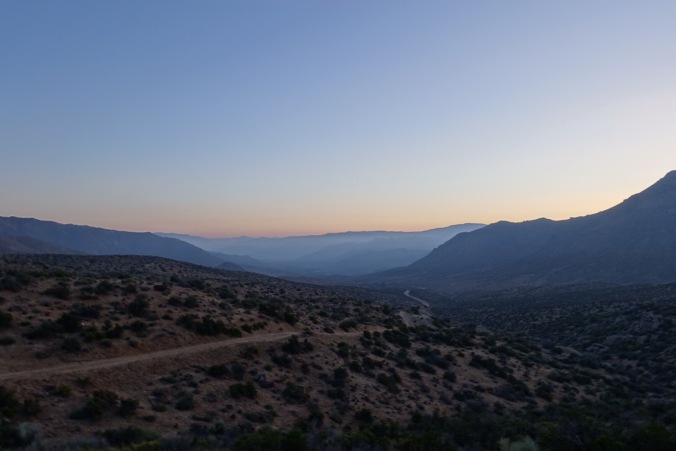 Now I know why we talk about “purple” mountains.

We grabbed some final water from the cache so that I still had about 3 liters. I figured that I could get to the next water source on the 3 liters if needed (I don’t drink much), but if the next cache had water we could dry camp and come up short of the next source in 28 miles or so.

I enjoyed getting some miles in before the sun emerged from behind the mountains to the east. Once the sun was up it got warm quickly. I hiked for a bit with a German couple and was with them when we came upon the 1000 km marker! It definitely sounds more impressive than yesterday’s 600 miles.

I took advantage of a picnic table in the middle of nowhere to wait for Michael. The Germans reveled in their milestone with swigs of Fireball. I declined their offer to join them — staying hydrated and motivated to hike is hard enough without (disgusting) hard alcohol. 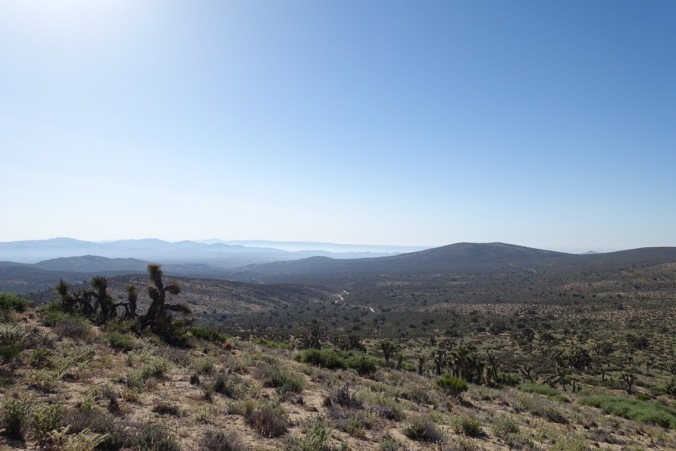 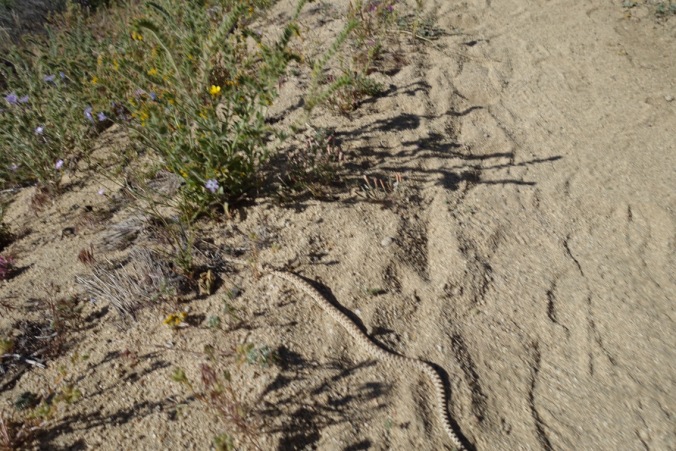 Why is there a random car out in the desert?

After my break, it was time for the last big uphill segment before reaching the next potential water cache. It was hot, steep, and sandy. I put my head down and powered up.

Information about the California Desert Tortoise. 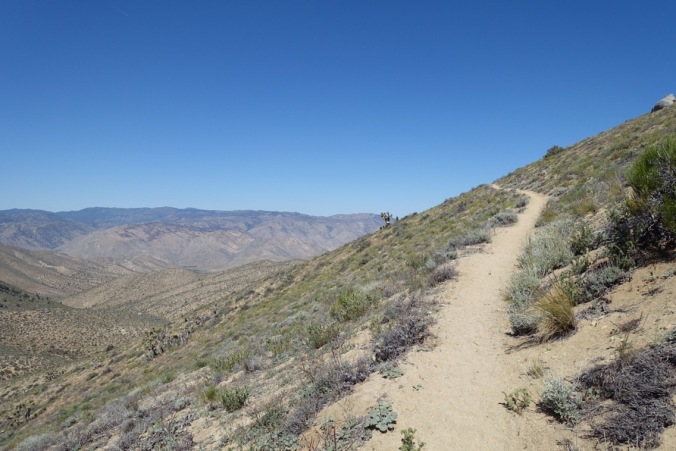 We’ve passed lots of these the last couple days — they’re designed to keep the dirt bikes off the trail. 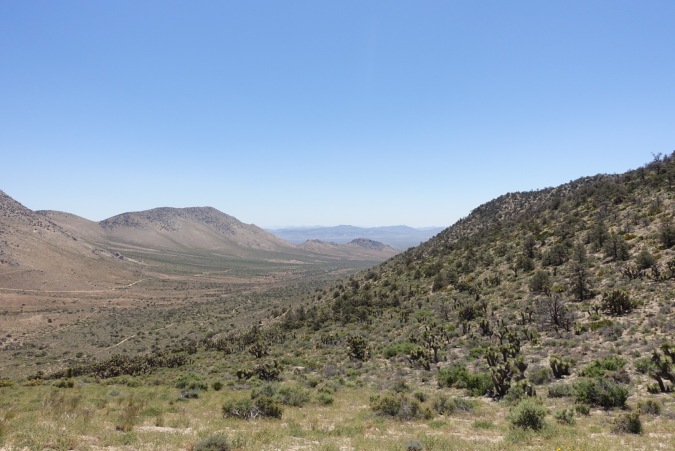 As I approached the road with the potential cache, I couldn’t see any signs of water. No big bottles, nothing. I was confused, because even if the cache was empty there should be signs that it was there, right? Finally, I was close enough to a couple hikers resting in the shade of a Joshua tree across the road for them to tell me that the cache was actually hidden right behind that tree. There was tons of water! I could drink up (something I had been deliberately moderating during the last climb). Thank goodness for the trail angels who make the long drive out to these caches to help out strangers! With the number of hikers these days, that takes an enormous commitment.

Michael used the orange duct tape to do some shoe repairs.

I found a great piece of shade and we relaxed for a bit while we hydrated and ate lunch. Although it was warm, we headed out at 2pm to tackle the next big climb. Others may have thought that we were crazy, but we were betting that the breeze running through the valley would keep us cool. We also wanted to put in some more miles before it got too late so that we’d be close to our water source in the morning.

The breeze, plus a well-graded ascent, kept the next few miles manageable. Powered by our rest in the shade and water, Michael took the lead while I stopped to sign a trail register. He also found a spot about halfway up with cell signal! We’ve had no signal this whole segment, so we took the opportunity to email my parents with some resupply requests for their visit to Kennedy Meadows.

The last mile of the ascent was steeper and hotter than the others, although it as bad as I’d feared. It is, however, when we started to develop an entourage of bugs. Mainly gnats I think — but whatever they are, they were annoying. As I was talking to Michael, one of them flew straight into my mouth! Extra protein I guess!

From the top of the climb we had our first view of the Sierras. The mountains were snow covered of course!

The bugs stuck with us for most of our descent. We managed to find a decent camping spot near the trail that wasn’t listed on Guthooks. I think it will be another warm night since there’s no longer a race to put on warmer clothes as soon as the sun goes down in order to stay warm. 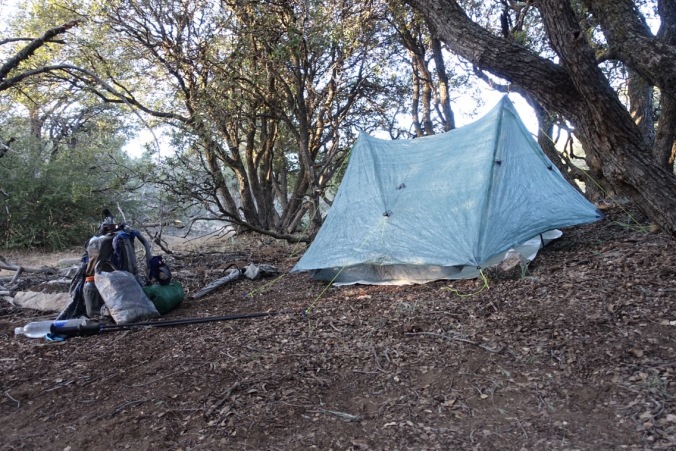 It’s exciting to almost be done with the longest waterless stretch so far on the PCT! Despite going further today than yesterday, I’m not as tired as I was last night. I’ll take that as a win as well!