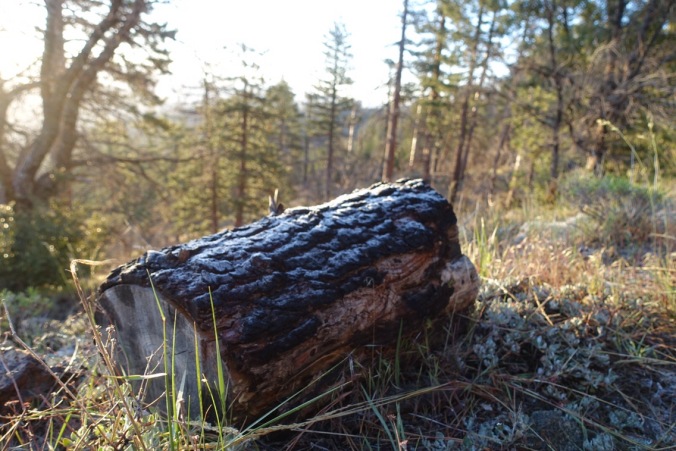 Michael’s gloves were still wet from yesterday (I had stashed my gloves as soon as it started raining), so he had to make due with his wool socks over his hands. Even with my gloves it took a while before my hands warmed up and I actually hiked for quite a bit with my puffy jacket on (something I rarely do). Luckily, the sky was clear and it gradually warmed up to a more agreeable temperature. 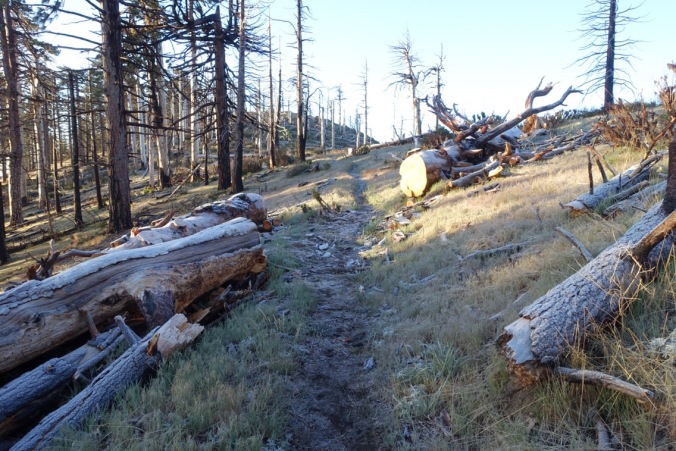 Throughout the morning we kept our eyes peeled for poodle dog bush and poison oak. As of a couple years ago this area was known for its poodle dog bush. This year, there is less poodle dog bush due to the recent Sand Fire. Much of today’s hiking was through the Sand Fire burn zone, which was only oped up to hikers a couple weeks ago. Luckily we avoided that alternate! 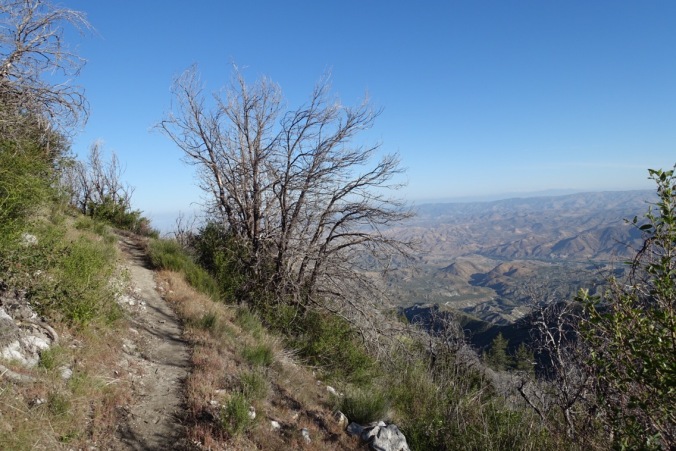 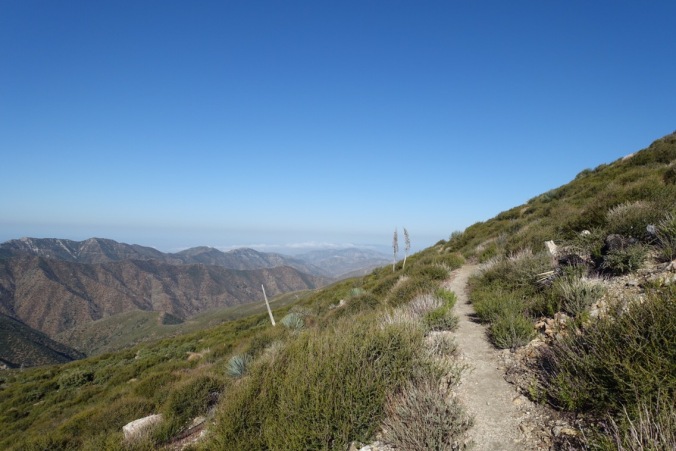 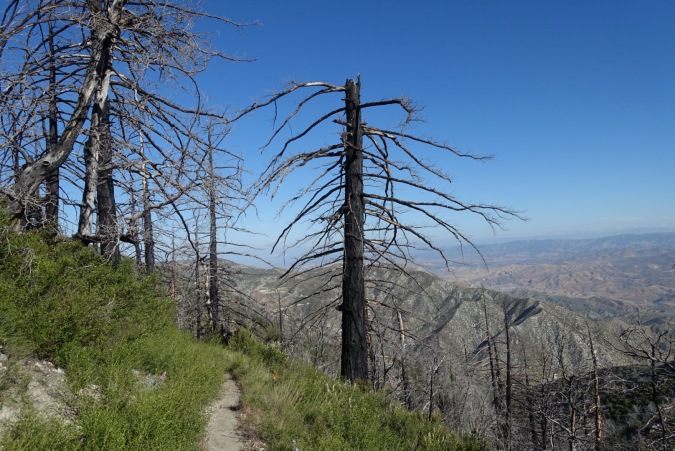 About 7 miles into our day we stopped at the North Fork Ranger Station, where the rangers maintain a water cache. It’s a good thing too, because yesterday we were so cold and tired when we got to our last water source that we didn’t study the water report to see when our next water would be. Turns out that there wasn’t another natural source before Acton! We grabbed some water and then began to descend down into Acton. 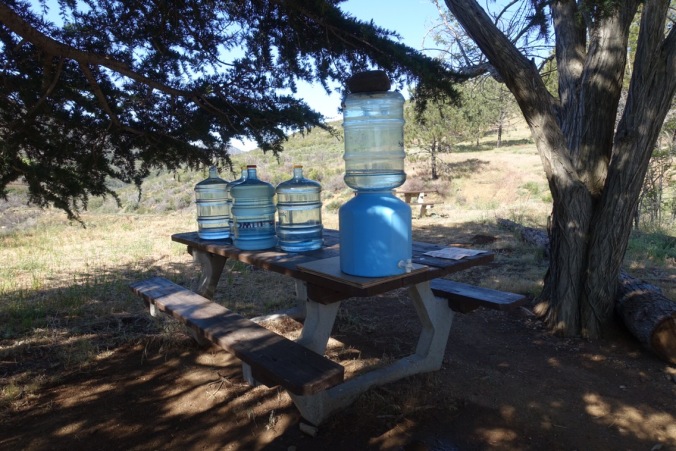 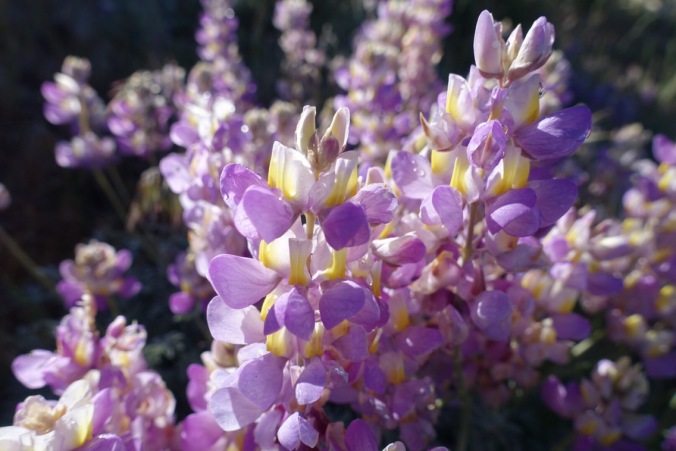 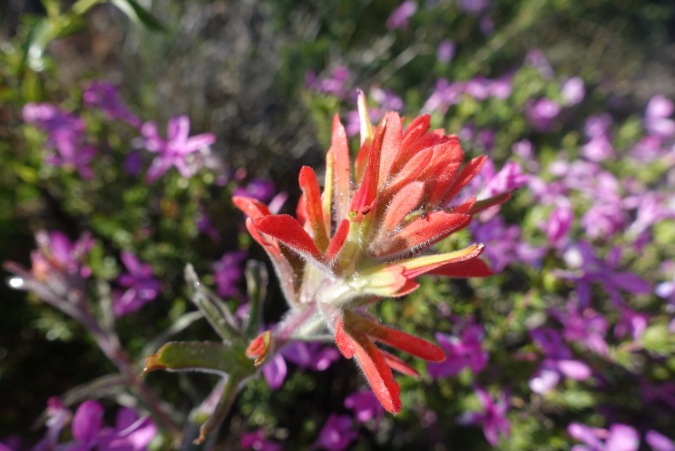 The trail hugged the hillside and there was gradually less and less poodle dog bush around as the area dried out. We had stunning views of the canyon, but otherwise the scenery was fairly monotonous. 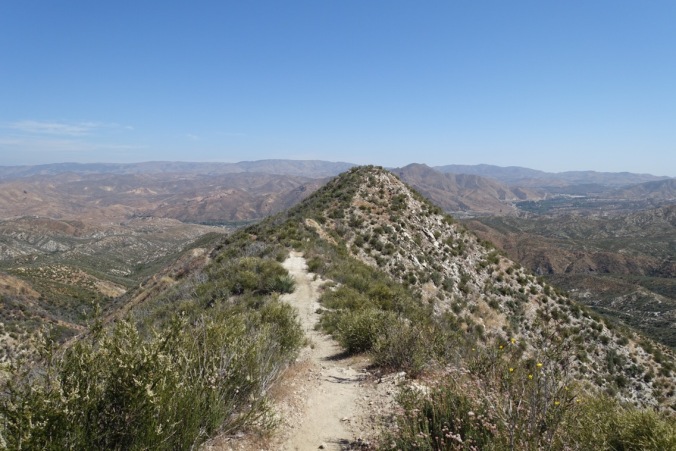 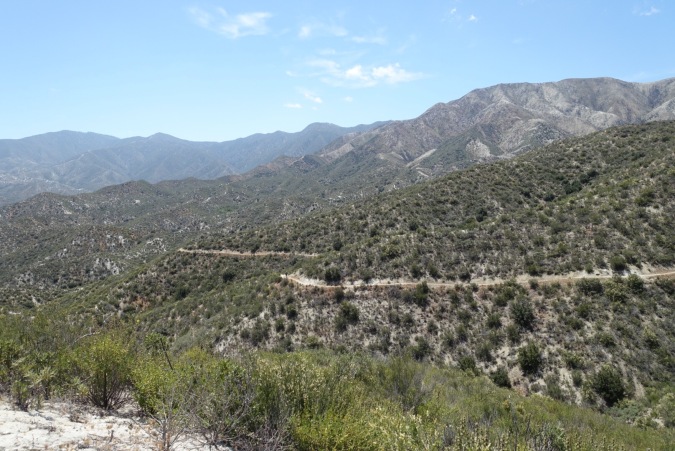 Can you spot Michael?

Our goal was to hit the Acton KOA by lunchtime . While yesterday I thought it would be too cold to justify spending the rest of the day there, it was actually reasonably warm this morning when the wind wasn’t blowing. 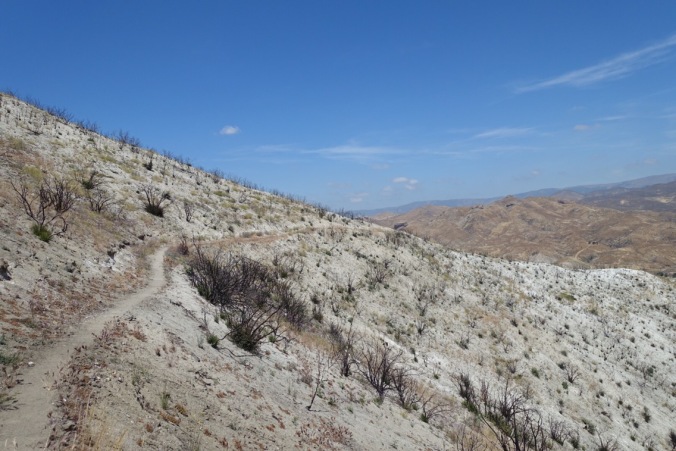 The last few miles were filled with lots of nothing.

As we descended, I could feel several hot spots developing on my feet. Ugh!! My feet have been doing fairly well, so this was frustrating. By the time we got to the Acton KOA I was concerned that pushing another 10 miles today to get to Agua Dulce would be a bad idea. Over ice cream and cold sodas from the KOA store we decided to call it a day and stay the night. A whole afternoon without hiking!

Instead, our afternoon was filled with town chores. We rented towels for showers, did laundry, chatted with other hikers, uploaded blog posts, and dealt with future resupplies. Michael even jumped in the pool (I decided that it was too cold and opted to stay in my wool base layer). The place was filled with familiar faces, including Tin Man, Captain Bubbles, Martin (Mr. T), Travis, and Kelsey. Just a chill way to spend our afternoon. 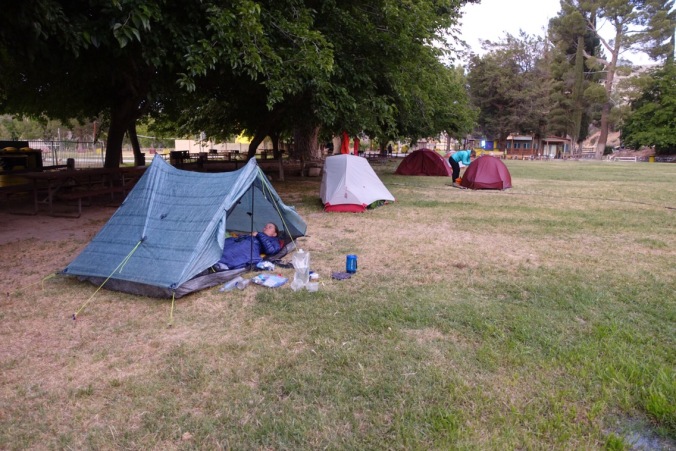 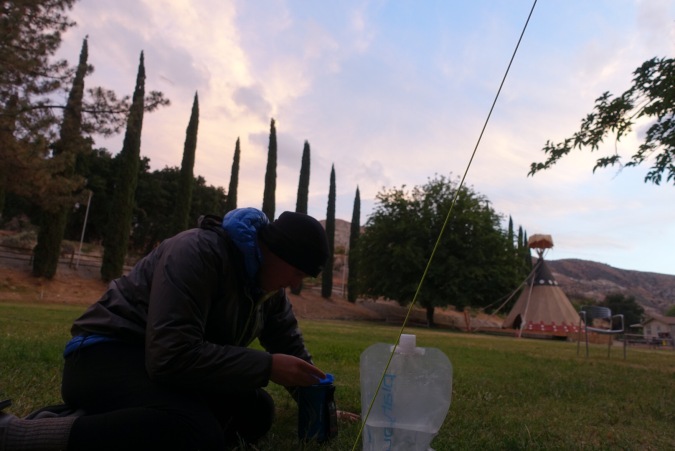 Check out that sunset (better in person)! Also, my inability to hold the camera straight while laying down.

Tomorrow we have about 10 Mike’s until we reach Agua Dulce, home of the legendary trail angels the Saufleys. It should be fun to see what makes their place special.

One thought on “Day 29: Lazy Living at the Acton KOA”