David Bowie is well-regarded in Sarajevo, in part because he attempted to schedule a concert in Sarajevo during the siege. While the concert never happened, in response to David Bowie’s passing a local artist did his best to honor Bowie with a giant mural on a hollowed-out building:

Fashion changes but you’ll always be my heroes.

I found out about this but couldn’t find good directions, so hopefully this post will show up on searches and help visitors find it. The mural is on the University of Sarajevo campus, near the eastern end of the campus, on a wall facing west. The University campus is just east of the United States Embassy. This is south of the train/bus station, with the mural itself southeast of the station. If you enter the campus near the United States Embassy and wander generally toward the east, you will probably get there.

There is a 360 degree view on Google Maps, but a search won’t find it. You can look up that 360 degree view here (this starts with you facing away from the mural, but you can spin around).

Alternatively, you can find it by landmarks. There is a residential tower with a giant coffee advertisement on the western side.

You can see this even from the train station: 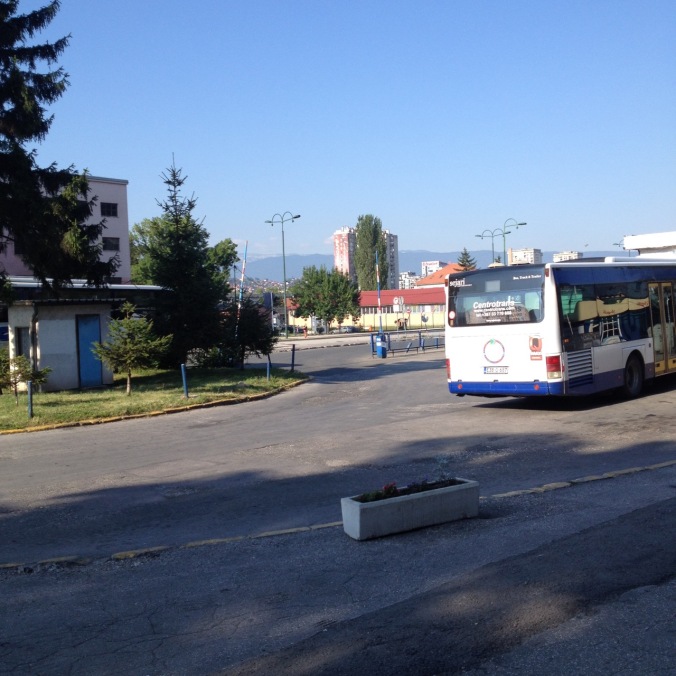 Look for the red building in the middle (partially behind a tree).

The David Bowie mural is just to the northeast of that building.

Further north on the campus is this pilgrimage mural: 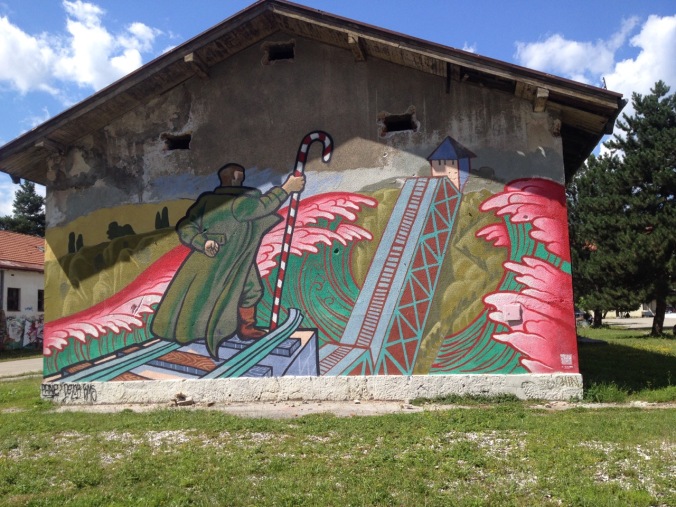 And here is more Bowie:

The rest of the building (ruin) is not painted. 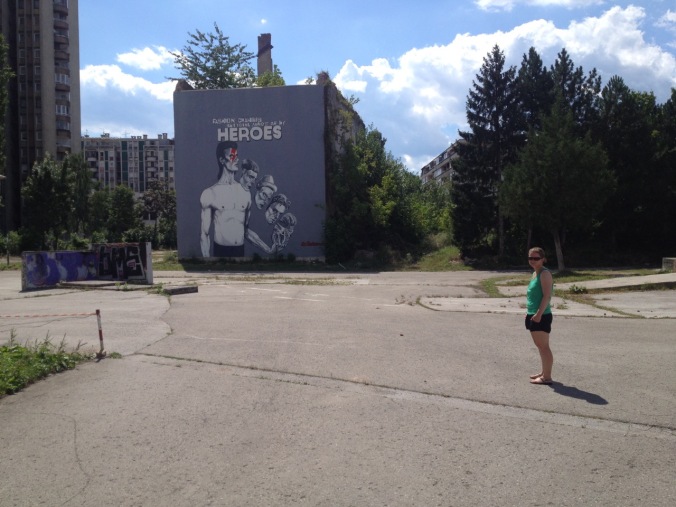 David Bowie with Elizabeth — you can see the scale.

Happy hunting!  For more about our trip to Sarajevo and surrounds, check out our posts on Border Crossings and Sarajevo, Mostar and Konjic, and Relaxing and Exercising at Vukov Konak.