Despite being camped around a bunch of other people, I had a great night’s sleep. It could have had something to do with the Advil PM I downed before bed. I paid for it all morning — I felt drowsy and constantly ready for a nap. 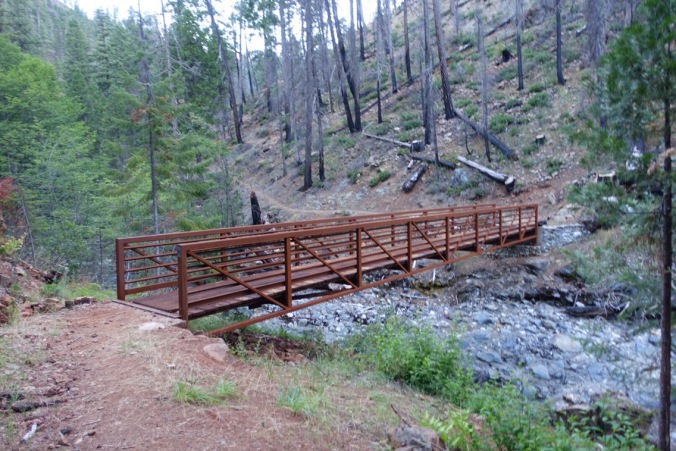 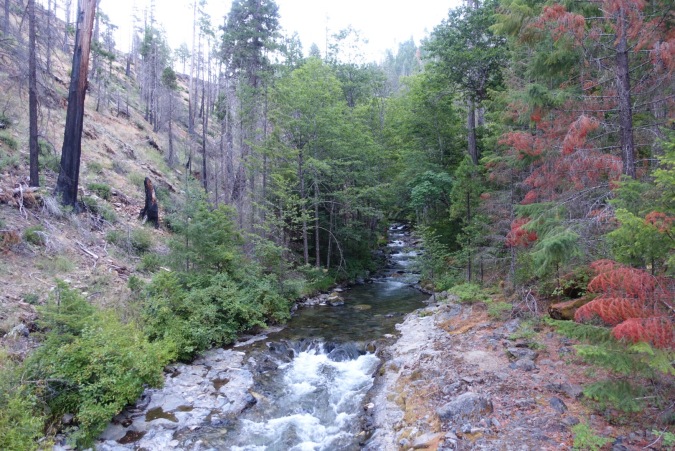 The trail this morning continued yesterday’s descent through heavy overgrowth and lots of trees. It didn’t have much of a view and therefore lacked the inspiring nature of our recent sweeping views. The only highlight was that the trail followed along (and crossed) Grider Creek.

After several mikes we reached the campground along Grider Creek. I’d waited to get water until then, which was a mistake since it wasn’t particularly easy to access at that point (and I’d had to jump over feeder creeks several times on the way down). I solved the problem by having Michael go get my water along with his own 😉

After the campground, it was road walk time… The rest of the way into Seiad would be along the road. What started as a dirt road transitioned to pavement by the time we hit the Klamath River. 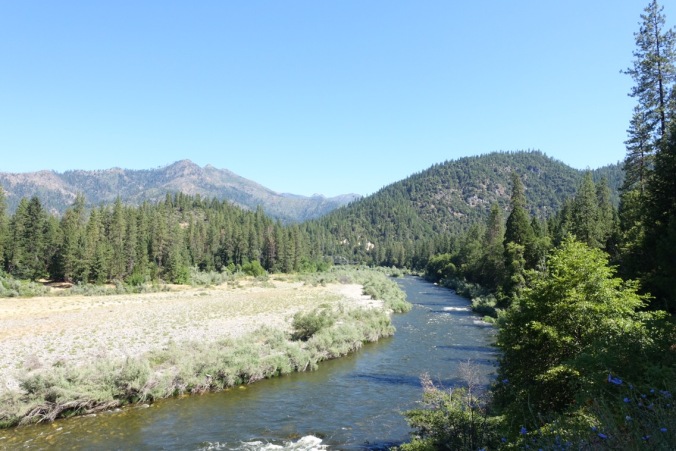 The most frustrating part was that Seiad was practically right across the river, but we’d have to walk miles to get to a bridge and back. I think that this might be the river that Cheryl Strayed attempted to (unsuccessfully) ford in Wild in order to avoid the miles of road walk. Honestly, I don’t blame her.

The pavement hurt my feet and the sun shone strongly down on us. All I could think about was getting to town so that I could have a nice, cold drink. Most of the properties that we passed had a “No Monument” sign along the road, protesting the possible creation of a National Monument in the area. Outside one property a couple off lease dogs came barking out on the street to scare me away. Luckily they were small and seemed intimidated by my hiking pole, but I heard another hiker had to fend off about a dozen dogs at one point. This did not feel like the most welcoming neighborhood to walk through.

Michael’s Note: it was five dogs for me. I showed the sharp end of my whippet and slowly moved past. Seriously people, control your dogs.

When I finally arrived in Seiad Valley I immediately went to the cafe and ordered lunch. As much as I wanted one, I might need to accept that ordering a milkshake in town maybe not the best idea… I felt less than stellar by the time we were done eating.

We spent the afternoon trying to stay cool in a patch of shade near the Cafe. It was scorching hot in the sun. The shaded picnic table was just out of reach of the not-so-great wifi. Neither of us could get our Oregon map to download on Guthooks. Hopefully we won’t need a topo map before Ashland. Uploading blog photos was a no-go as well. It’s starting to feel like I’ll never get the blog updated at this rate. While I struggled with the internet, Michael took a nap on the ground in a shaded section of the parking lot. He didn’t seem phased by only having the ground sheet between he and the pavement. If only I had his napping talents. 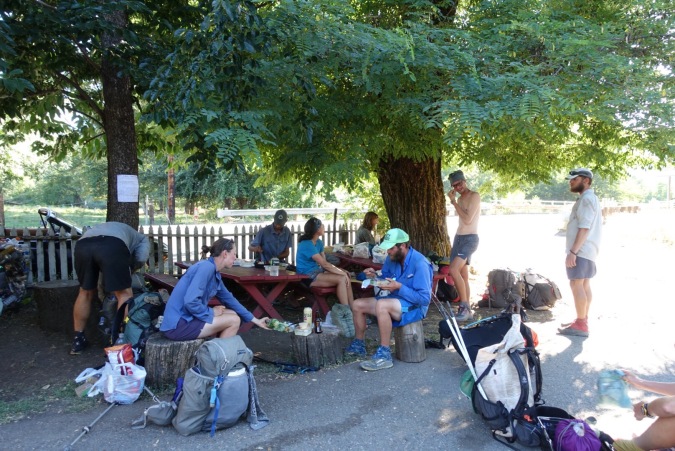 We picked up our resupply box from the store with our new shoes and second poles. We could finally send home our whippets!! We gerryrigged a box to send home our oddly-shaped whippets and waited for the Post Office employee’s supervisor to show up because Post Office she didn’t know how to ring it up our resulting creation. Finally it worked! I won’t miss the extra weight of the whippet and microspikes!

Michael with our creation.

We hung out in the shade until after 6pm because it was so hot and the upcoming section is supposed to be a long exposed climb. Finally we headed out again. Our intention was mainly to leave so that we wouldn’t have to pay for camping in town and to try to get a little of the climb done today.

I’m getting used to new shoes. I had an extra pair of Brooks Cascadias in size 7.5 at home, so I’m trying them again to replace my Altras. I normally wear size 6.5 and the pair I unsuccessfully started the PCT with were size 7, so hopefully the extra half-size will work out. I already have some doubts though as the toe box is noticeably smaller. Fingers crossed that they’ll feel better tomorrow. No complaints about having my old pole back though! 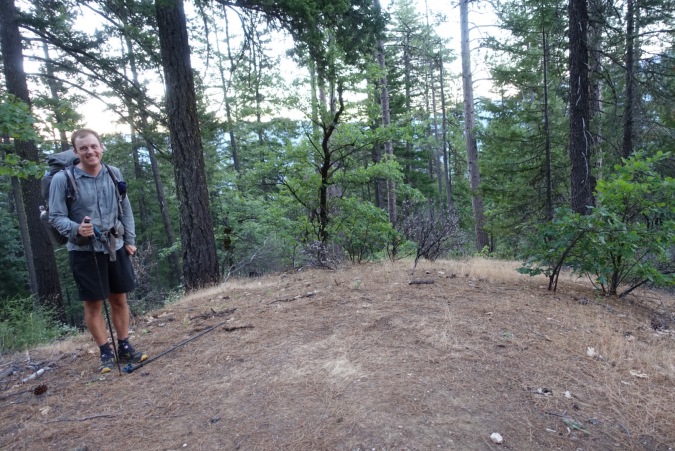 I forgot to get a picture of our tent set up, so here’s Michael at the spot in the morning.

We ended up camping only 2.5 miles up. It’s not a lot, but I’d rather finish the climb tomorrow morning than hike late tonight. We resorted to dinner in our tent because of the bugs. We aren’t even camped near water! No more cowboy camping for us…