It was another warm night. Even without my bottom base layer I was sweating under (not in) my bag. 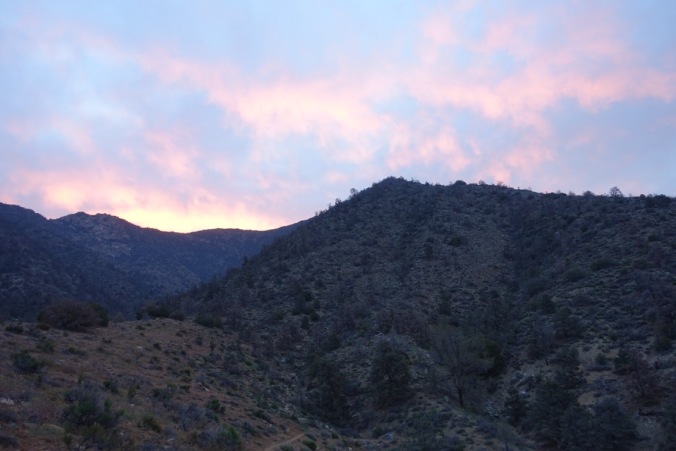 There were actual some clouds out this morning, meaning that we were treated to some beautiful morning colors at sunrise. 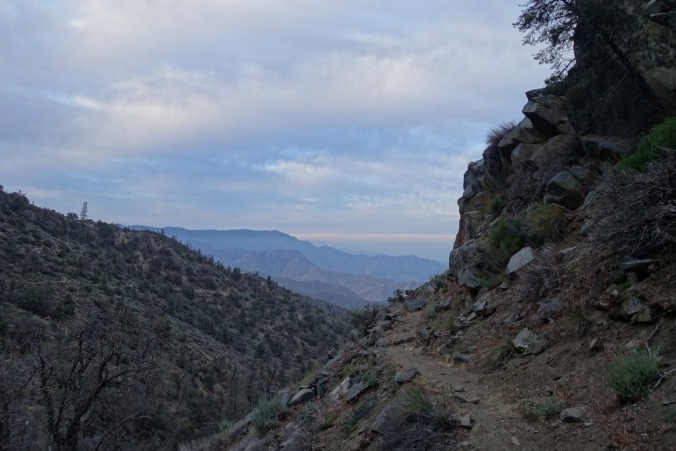 No sooner had the sun come up, but we were immediately swarmed by bugs. If they were with us this early, would we ever be able to escape them today? 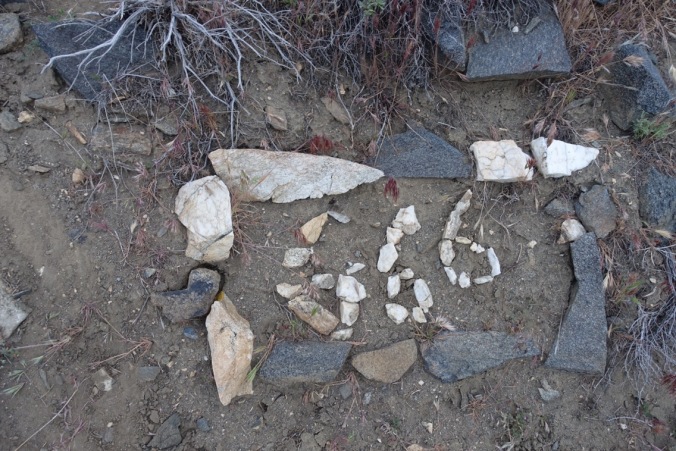 But no one bothered to make a mile 600 marker…

Our day started with a short climb (although we used to consider it a big one), then down to water. I darted back and forth from the stream to a nearby campsite with the hope of avoiding the bugs near the water. Not sure how much it helped seeing as I’d brought my own with me. We both started becoming snappy with each other — voicing frustrations with each other because the bugs don’t care about when we yell at them.

Then it was time to head back up for a 2000 ft climb. The bugs continued to swarm and I was officially irritated. A couple dozen swarmed in front of me. Landing in my sunglasses. Trying to get up my nose. Into my ears. It was headphone time and for the first time on the trail I used both ear buds. My sanity required it. And of course, just to add to my frustration, the last segment of my audio book failed to load properly (the one I previously had problems with). Of course.

And then I ate another bug.  For anyone counting, that’s three days in a row.  I can’t wait until I get my head net.

At the end of the descent was a small creek. We stopped there for lunch and even managed to fit in a little laundry. Refreshed and recharged, we were ready to hit our last big climb of the day so that we could put our 25 miles in and get us closer to Kennedy Meadows.

Not 100 yards later and we saw a sign advertising trail magic! A van was set up on the dirt road and it had a big awning for shade. I was quickly offered a hot dog and a soda. Although I’d just eaten lunch, I couldn’t say no. That would be rude! And nothing tastes better than a cold soda after a hot day of walking. Our trail angel was a PCT hiker who’d had to get off trail due to injury and decided to spend some time trail angeling. The rest, shade, food, and conversation really hit the spot. They even tried to bestow trail names. Banana Boat or American Turban for Michael (because a hiker thought he smelled like sunscreen and due to his hat), and Voice of Reason for me (because that’s my job). I don’t see these going anywhere though. Our trail angel also mentioned that he’d been up at the Onion Valley trailhead (our first stop in the Sierras) and that people seemed to be in good spirits. That’s the best news we’ve heard in awhile about the upcoming section (not that it was very specific, but we’ll take it)! A nice relief from the fear mongering we’ve been hearing.

After our break, it was time to climb. This time the climb seemed gradual and we were in the mountain’s afternoon shade. Although the climb was just as big as this morning’s, it seemed easier to me. 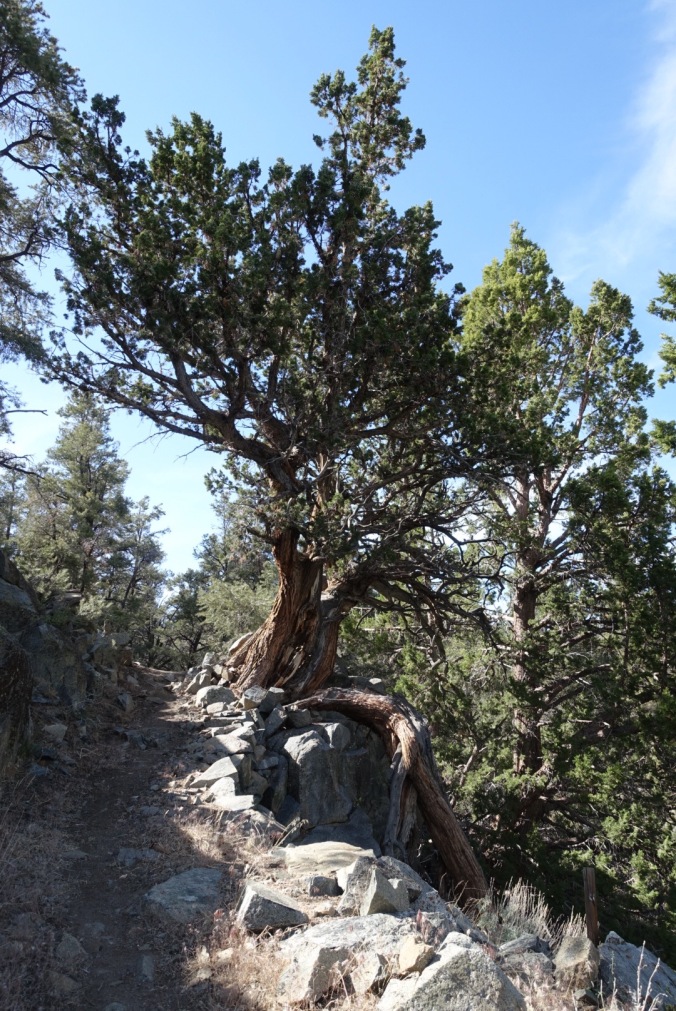 Sign warning is that the water at the nearby spring wasn’t safe for drinking. Apparently, it tested high for uranium. We filled up our bottles anyway (filtering of course, although I’m not sure it helps for uranium).

I set a goal of hiking 25 mikes today, and by mid-afternoon we decided that we’d take the first decent tent site we saw after mile 689. There wasn’t anything listed on Guthooks and it was in the middle of a big descent, so it wasn’t clear what the options would be or how much further we’d have to hike. At a saddle near the top we saw a couple exposed sites and continued on, hoping for both protection from the wind and flat ground. Amazingly, there were several flat sites right at mile 689.1 — almost exactly at our goal. The area even appears to be sheltered from the wind. Success!

We are camped near a Swiss woman who arrived after us and was going to camp a bit further away until she saw some large mountain lion prints in the middle of her intended camp site. Safety in numbers!

Tomorrow marks the end of the Southern California “desert” section of the PCT and the beginning of the Sierra. I’ll also get to see my parents, who are meeting us at Kennedy Meadows with our resupply and Sierra gear. I can’t wait to see them!