Our attempt to sleep in this morning was a failure and we were awake by 6:30. Darn! Breakfast of leftover pizza, beer, and ice cream hit the spot. Can’t get that on the trail!

Since we were too tired last night to sort through our resupply box that was the first order of business. The rest of the morning was spent loading blog posts (since I have basically no signal on trail), showering (again, so luxurious), and surfing the internet. We checked out just before our 11am checkout time and headed back to town to pick up some final provisions. 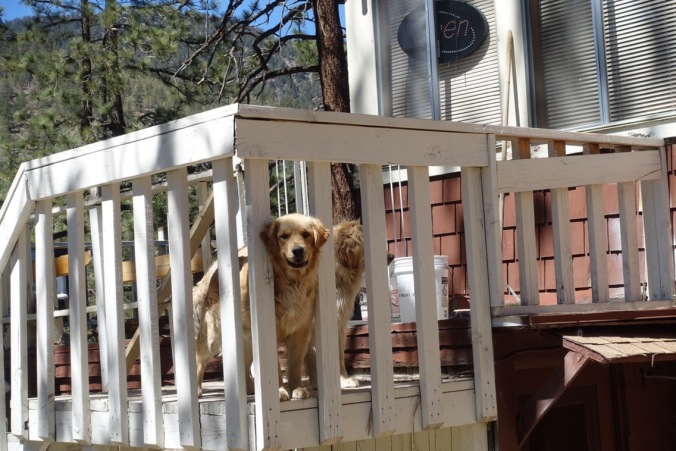 Saying goodbye to 2/3 of the motel’s welcoming crew.

In town, we stopped by a wild fire and emergency preparedness expo where we got free popcorn and celebrity photos ;). Then Michael hit up the grocery store while I went to the hardware store to pick up a new bandana. 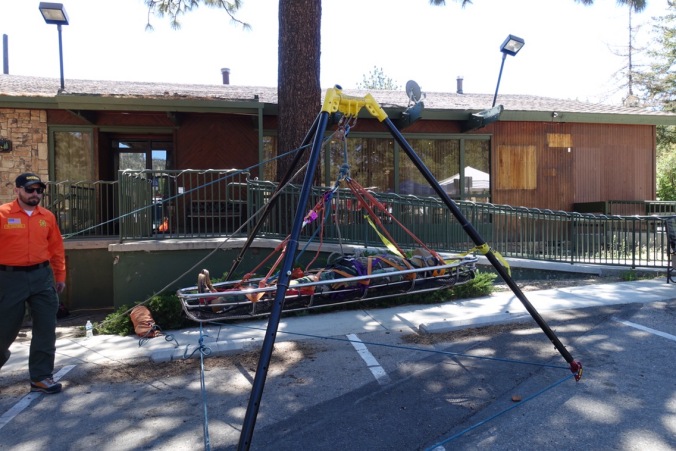 We plan to avoid needing to use one of these…

We tried hitching for awhile before a local took pity on us and offered us a ride up the road. We were back to the trail head by noon. Not bad. Of course, we hiked a whole mile before stopping for lunch… so not the fastest start.

Look what I found at the trail head! It’s my lost bandana!! I guess someone found it and left it here for me.

Then it was time to get down the trail so that we could tackle Mt. Baden Powell. We thought we’d be going all uphill, so we were surprised when we went down for a while. I guess we should look at those elevation profiles a bit more closely. 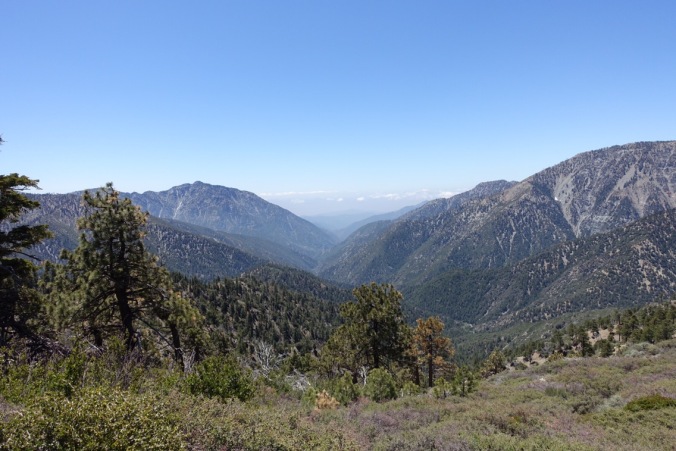 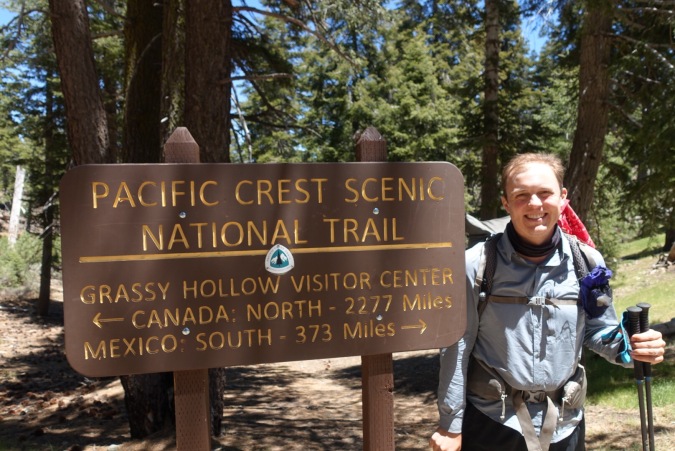 The incline up Baden Powell was steady and tree covered. A huge improvement over yesterday’s exposed climb. It’s a popular day hike and since it’s Saturday there were lots of people out. I even received some trail magic from a woman when she found out I was a thru hiker! Although my pack was heavy with food today (why are there always big climbs after town?), I suspect I’ll be happy to have the extra snacks in a couple of days.

There was limited snow left as we approached the top of Baden Powell. It was nothing like the horror stories that we heard from hikers that were here a month ago. We didn’t even have our microspikes with us, and while the trail sort of disappeared under the snow for a bit near the top it wasn’t a big deal. 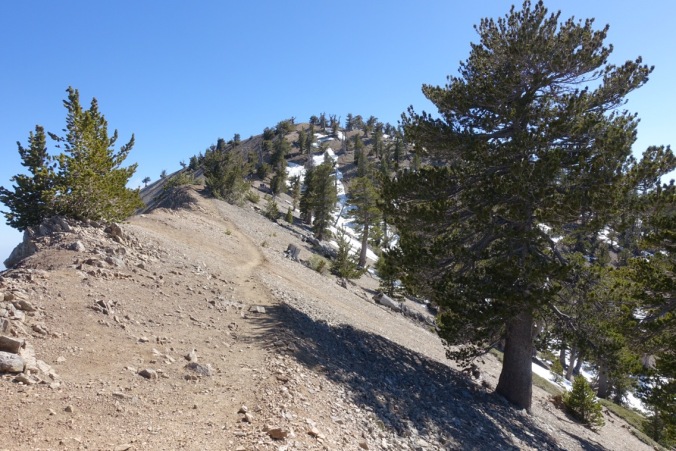 The peak of Baden Powell isn’t technically on the PCT, but it might as well be it’s so close (less than 0.2 mikes off trail). Being a good Eagle Scout, Michael checked out the plaques at the top (Baden Powell was the founder of the International Scouting Movement).

After submitting, we had 6 miles to go before the wilderness camp that we were aiming for. And it was after 4:30. No big deal we figured. Unfortunately, the ridge line that the trail follows for the next mile was hard to follow because of a multitude of little side trails. This meant it was slower going than we expected.

After a couple miles we came upon a nice camp site. It’s higher than we would have liked to be, but it was still in the sunlight and we luckily still had enough water to dry camp. Had we continued on to our intended site, we likely would not have arrived until after 7, which would have meant an extremely cold camp setup and dinner. By stopping early, we even had time to sit in the waning sunlight and chat with Brian, who also stopped at a nearby site. 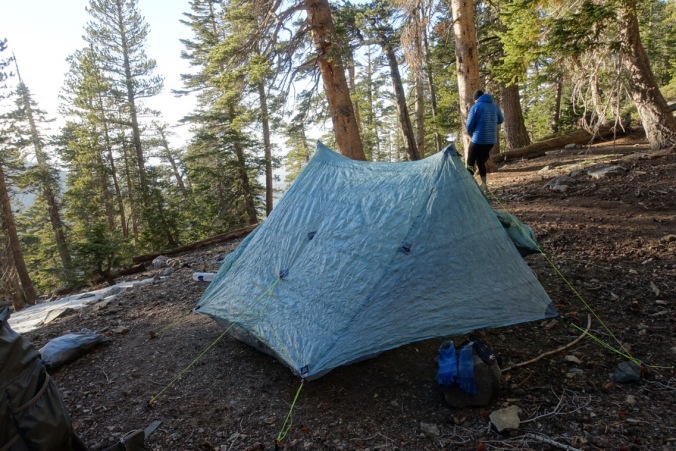 Not a bad view during dinner

It’s clear that tonight will be cold. We’re literally camped next to a patch of snow. Sawyer filters will be in our sleeping bags tonight and no 4:30am wake up for us!

One thought on “Day 26: Late Start Up to Baden Powell”