by Michael
Our “plan” always included a brief return to the US for a wedding in New Jersey. What we didn’t plan was that we would need to get our Russian visas while in New York — we had to comply with a (silly) rule that only allows travelers to obtain their Russian visa from the consulate in their country of residence.  The only exception that we could find to this rule was for people with visas that allowed them to stay permanently in the country in which they applied (which we don’t have). So we planned our stay long enough for a trip to the Russian consulate, processing time, time to catch up with friends, and wedding time. 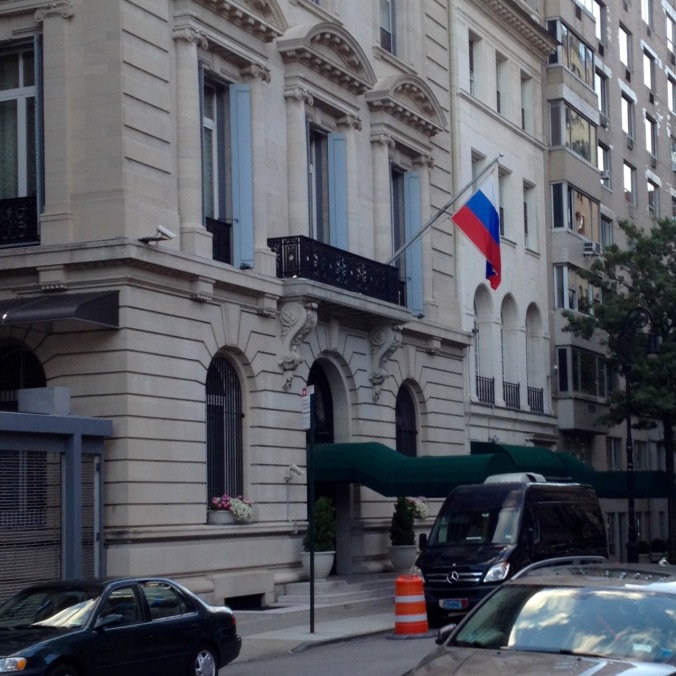 The Russian Consulate is on the Upper East Side — probably holding its value a lot better than other Russian assets. 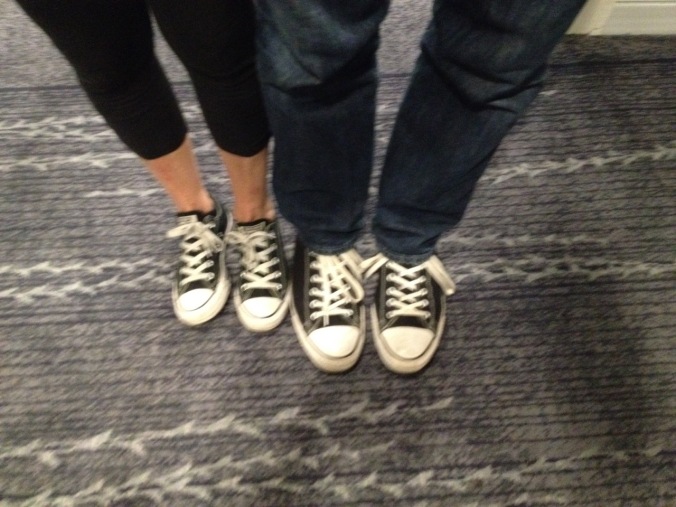 My in-laws’ friend (whose amazing apartment we would stay at for much of the trip) had the same shoes as me!

Unfortunately, New York reminded me about the price of two days’ hotel in New York, how infrequent the C train is, and what it’s like to have a working phone and text messaging. 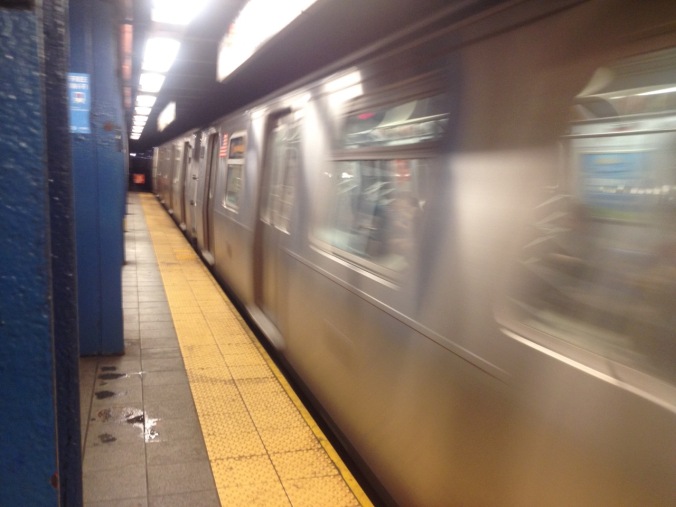 We spent a lot of time shopping, planning, and re-packing, which transformed our “break” into a busy time. This was in part because we had emailed Elizabeth’s parents with a long list of items to bring with them to New York for their visit — some of which were solely for our time in New York (suit for wedding, dress shoes, decent attire for consolate visit, etc.) and some were replacements/additions to our trip gear.  For instance, we both opted to switch out our backpacks for the ones that we used last summer on the John Muir Trail and we added snorkel gear for our upcoming time in Southeast Asia.  Being able to adjust our gear was a godsend, but was also stressful and time consuming.
For me, there were two main escapes: running and food. I went on three morning runs in Central Park, which is beautiful and great for running. There were hot days but mornings were always cool. 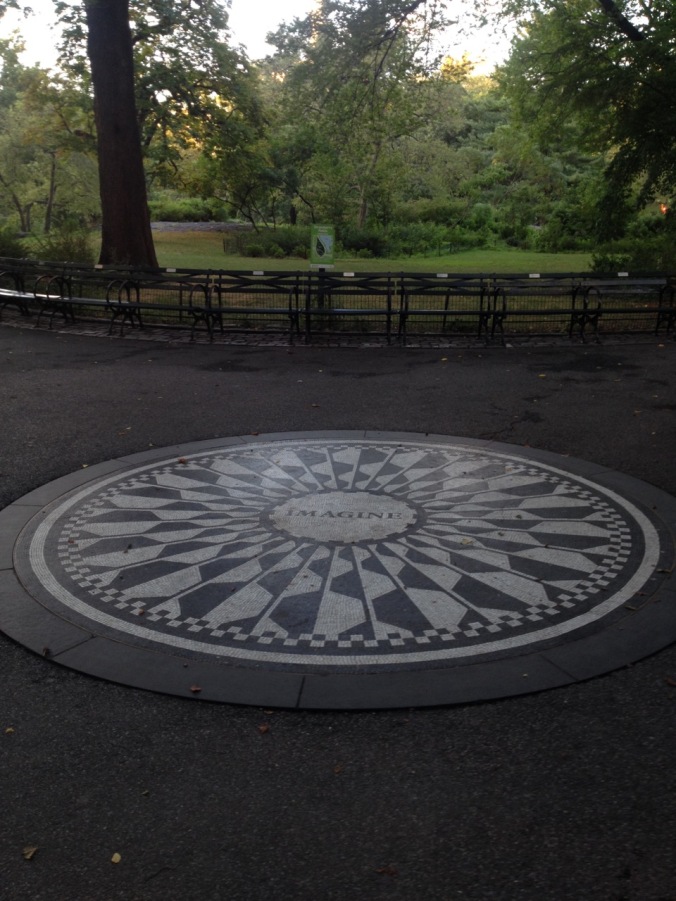 I visited Strawberry Fields on a run. 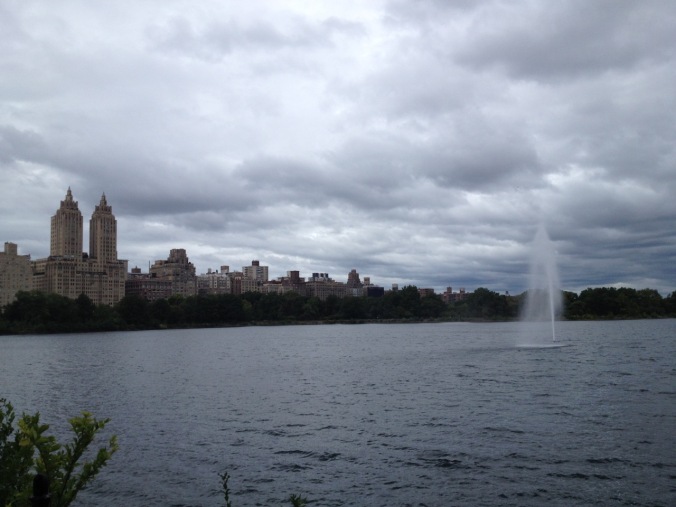 Not actually the building from Ghostbusters, but still cool looking.

And there was food. Pizza on Staten Island, latkes and matzo ball soup at Katz’s Deli, and more. Food while traveling has been sometimes great and sometimes not great. Food in New York was great. 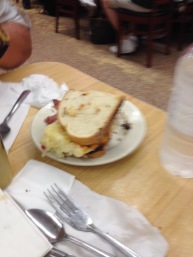 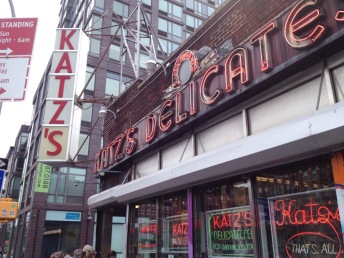 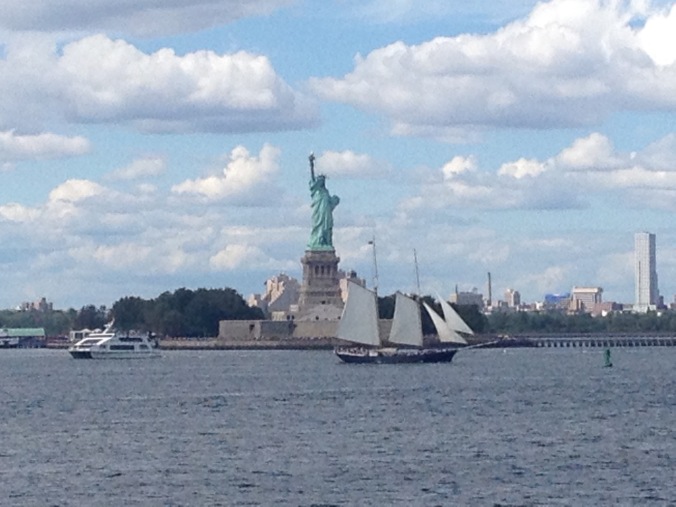 And of course, in addition to other sighseeing with Elizabeth’s parents, we made an obligatory trip to the High Line, where the art installation (called Wanderlust) seemed apropos. 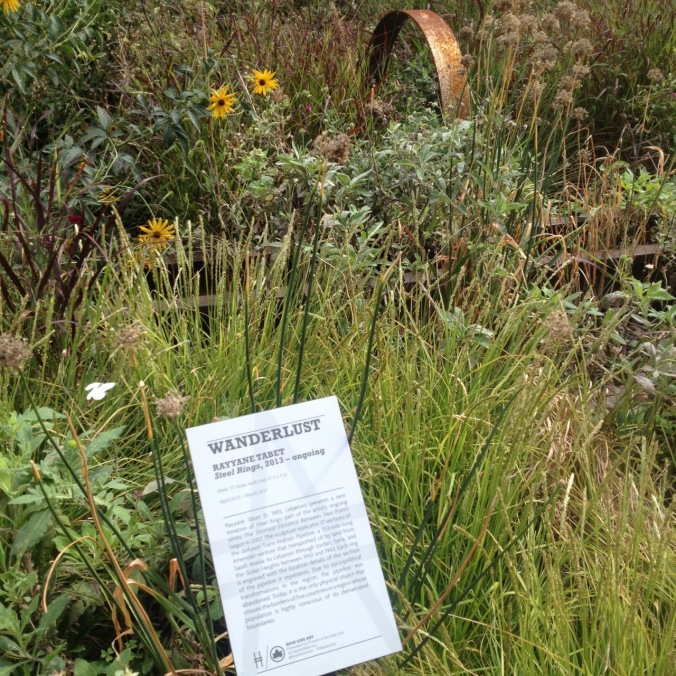 Somehow we didn’t manage to take any pictures of ourselves at the wedding.  You’ll have to trust us that we cleaned up a bit from our travel attire.  It was great to see our friend Mike tie the knot — and in typical Mike-fashion, look completely embarrassed by all of the attention deservedly paid to him for the day.  It was also fantastic to catch up with a few law school friends that we haven’t had the opportunity to see as frequently as we would like.  All-in-all, a great excuse to come back to New York for a little down time.

[We’re making yet another attempt to get caught up on our blog posts.  This post describes our visit to New York City between August 30 and September 7, 2016.]