Before we spent time in the Bosnian mountains, we decided that our next big move on this trip would be to Tanzania, where we could climb Mt. Kilimanjaro. Of course, Sarajevo is not the ideal airport to connect to Tanzania. After some online searches that found ridiculous flight routes (Sarajevo to Belgrade to Vienna to Istanbul to Kilimanjaro, etc.), we found a relatively inexpensive flight connection from Dubrovnik, Croatia to Kilimanjaro Airport (near Moshi, Tanzania) via Istanbul, Turkey. And near Dubrovnik is Korcula, where our friend John is living for the summer. So we decided to stop by. 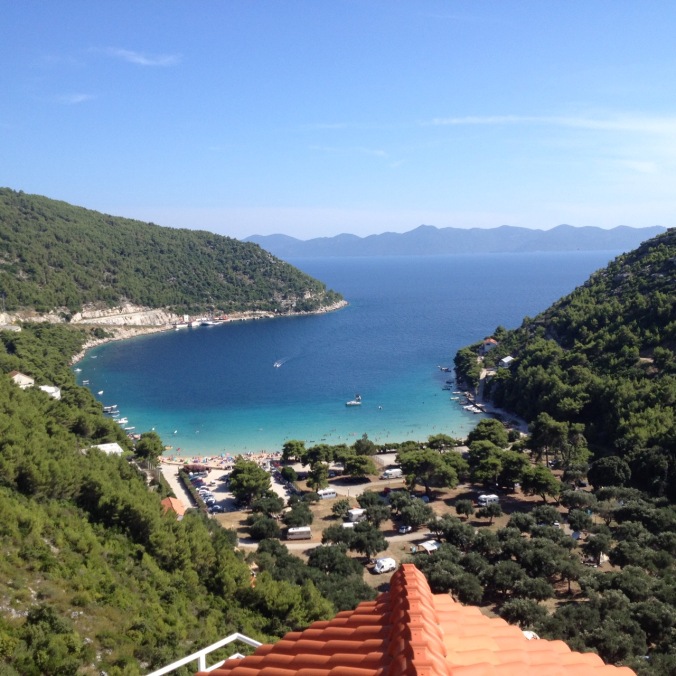 Enjoying the view during a bus stop

After a day of three border crossings (from Bosnia into Croatia, back into Bosnia, and back into Croatia — I guess it’s the way the road goes) and a bus connection in Slano, Croatia (with a break long enough for a meal) we arrived in Korcula. In typical fashion, we did not have a reservation. We had visited Korcula in 2011, but that was in May which is off-season, so it was easy to find accommodation. This time it took us a bit longer, and although we were able to find an apartment, we had to switch accommodations the next day.

Gate to the old city of Korcula, with the Lion of Saint Mark representing that Korcula was under Venitian rule.

View of Korcula Town from our favorite swimming spot. 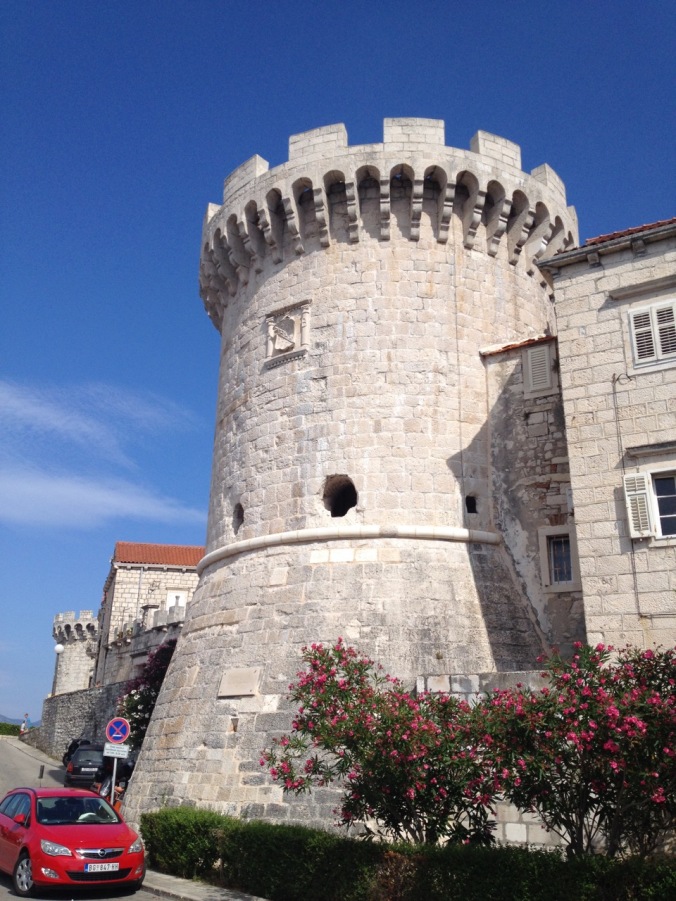 Korcula Town is a beautiful old town on the coast of Korcula Island, facing toward the Croatian mainland. The old walled town sits on a peninsula, with some old-feeling streets inland as well. It’s a great place for walks, swims, and drinks.

Our friend John was able to give us advice, including pointing us toward a couple great cafes and to avoid the row of overpriced restaurants along the water (except the one serving Asian noodles, which we couldn’t resist). John also brought us to a traditional slow-cooked meal in a neighboring town with friends who run Korcula Explorer, the best pizza on the island, another, smaller island with a restaurant and space to swim, and a nice wine bar. 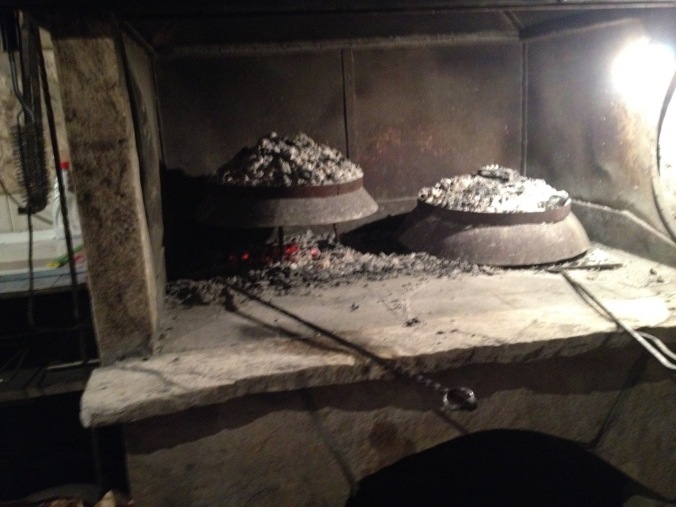 Slow-cooked lamb that had to be ordered hours ahead of time at Ranc Maha.

Elizabeth did some wine tasting while I relaxed to recover.

Because Korcula Island was not small enough, we went to a smaller island for seafood and beer.

This all matched our needs well since I was too sick for our usual, more athletic activities. We never really figured it out, but I began coughing and sneezing during our last days at Vukov Konak in Bosnia, and since our plan was to climb Mt. Kilimanjaro, I needed to relax and get well. Korcula was as good a place as any to try, so we even cut out our planned two-day trip to the Bay of Kotor in Montenegro, which I guess will have to wait for another trip.

To stay the final two days, we had to move accommodations again, and booked a place online near John’s favorite cafe. When we arrived, Elizabeth and I figured out that we were in the same place where we stayed five years ago, called Apartments & Rooms Katija & Egon. It was a nice place now just as it was then, and often had a fluffy cat in the alley leading to the door.

Not having totally recovered but having already booked our tickets to Tanzania, we took the ferry to Dubrovnik and the bus along to Caveat, a smaller town near the Dubrovnik airport, where we spent our last night before flying to Tanzania. Dubrovnik is a beautiful walled city, much larger than Korcula, but we spent enough time there five years ago and have heard that it is quite busy in the summer. It seems that Dubrovnik is great to visit off season, and Korcula is better in season, so I guess my advice to future travelers is just to visit Croatia twice!

Our flights were uneventful and we landed in Tanzania in the middle of the night.  As soon as we woke up, the first order of business was finding a guide to take us up Mt. Kilimanjaro…!

[We’re making an attempt to finally get caught up on getting our blog posts up.  This post describes our visit to Korcula, Croatia on July 28 – August 4, 2016.]