After months of (not actually) planning, our trip has finally begun! 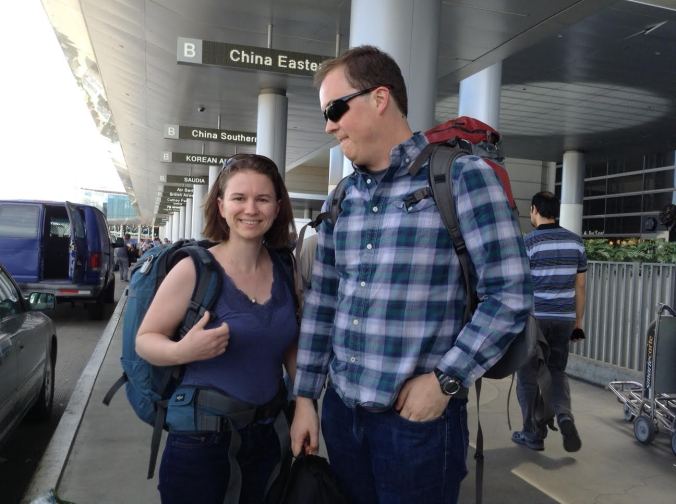 Stockholm has been a great city to explore on foot — which is perfect training for the Camino.  We arrived in the afternoon following an uneventful 10+ hour flight and took advantage of the Wednesday evening hours at the Vasa Museum.  The museum celebrates one of Stockholm’s greatest failures: the sinking of a huge warship in the Stockholm harbor due to a small gust of wind within 10 minutes of it first taking sail in 1628.  Of course, the museum plays off the failure as being of great benefit to today’s visitors — if the ship had not sunk, it would not have been preserved in the cold Swedish waters for future generations to appreciate (a clever, but valid spin).  The ship was definitely restored with an eye towards the future.  In order to prevent the wood from drying out after having been under water for centuries it was sprayed down for seventeen years with a mixture similar to lotion and then left to dry for another nine years. 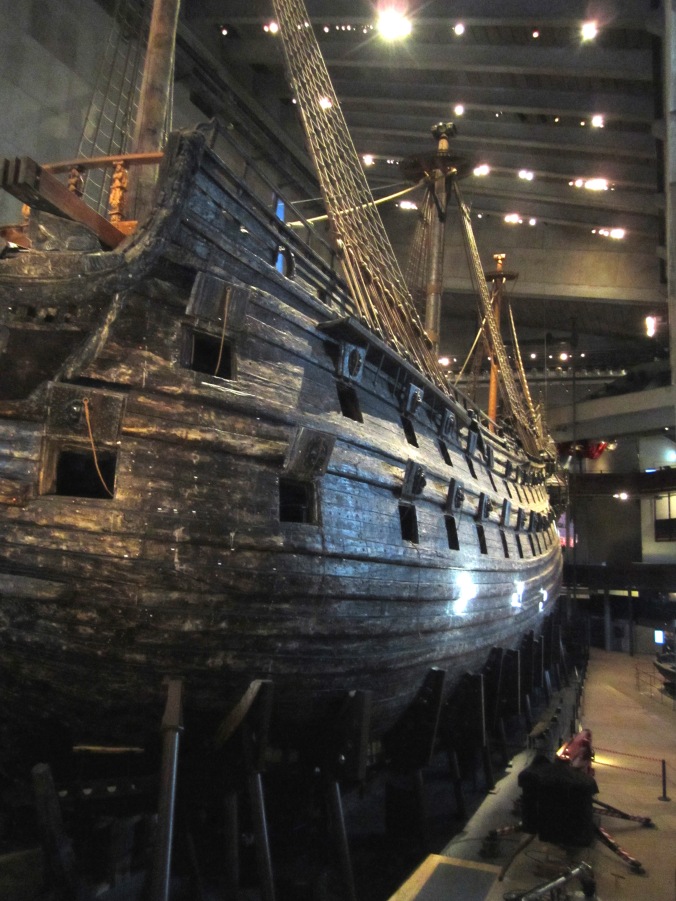 The Vasa ship.  It’s hard to tell, but it was massive — approximately four stories tall.

This morning, (our first full day) we both enjoyed morning runs along Stockholm’s waterfront (hello jet lag!).  Later, we joined one of my (Swedish LLM) law school classmates for fika (the Swedish tradition of coffee and pastries).  We lucked out that I ran into him a couple weeks ago during law school reunion and that he happened to be in town, as he actually lives in Göteborg and was kind enough to join us before heading off to a work event. 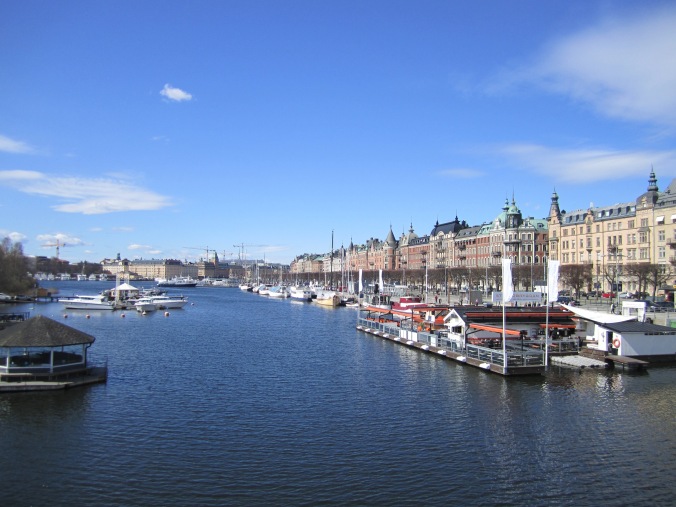 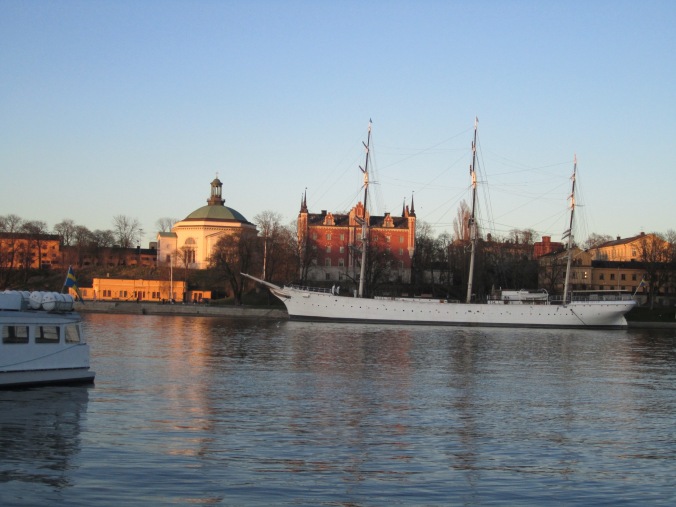 We spent much of the afternoon at Skansen, an open-air museum showcasing traditional Swedish buildings and incorporating a mini-zoo featuring Scandinavian animals.  Unfortunately, since it’s still off-season, most of the buildings were closed.  Nonetheless, it was a gorgeous day and an enjoyable walk around the grounds. 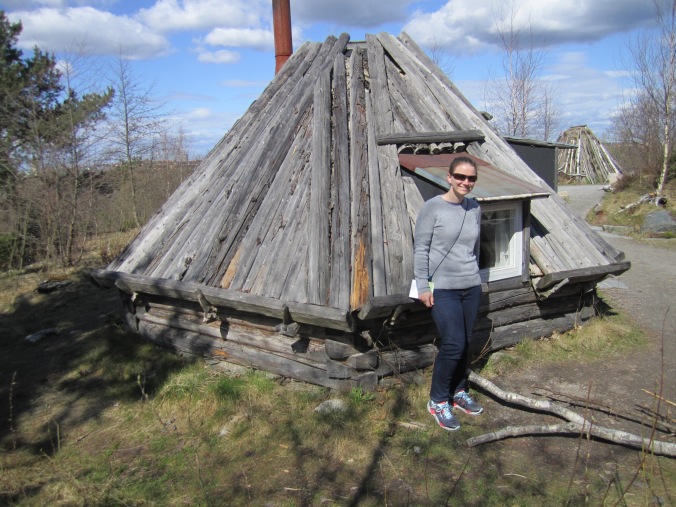 A traditional building from Northern Sweden. 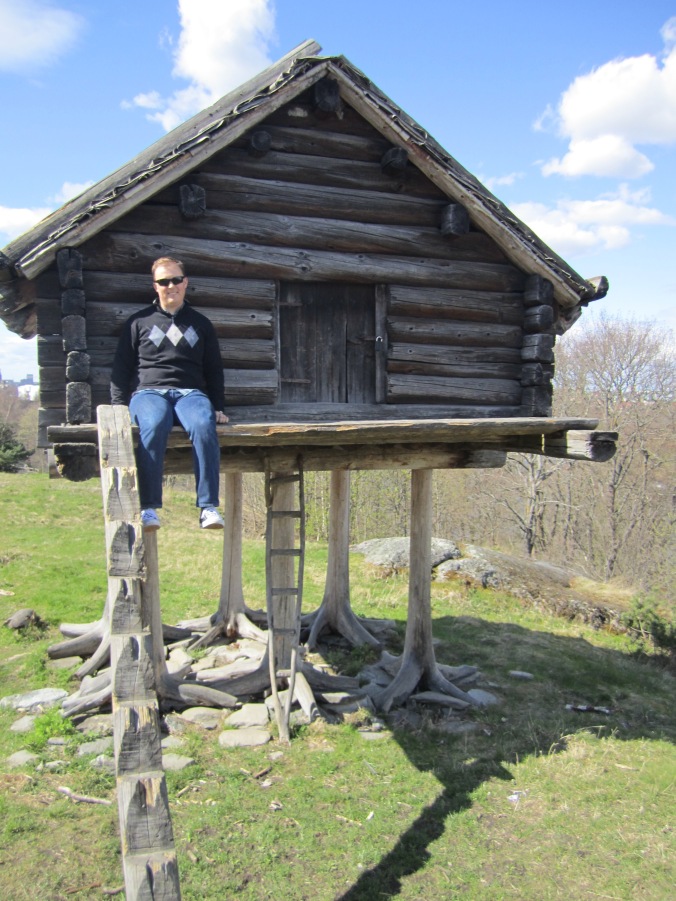 Michael on a traditional Sami building.  The Sami people are the indigenous people from the Northern part of Sweden. 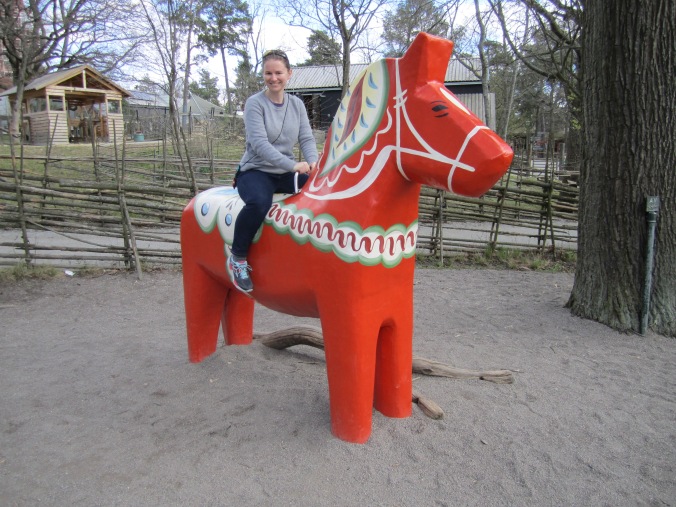 The only horse they would let me ride.  Apparently the real miniature horses were only for little kids.

In a complete splurge, we made reservations for smorgasbord at The Grand Hotel (I’m not sure we have ever made dinner reservations for a trip before!).  It was well worth it, even though it cost the equivalent of a spending a couple days in Morocco.  We were provided a pamphlet outlining the traditional order of the courses (it’s served buffet style, but order and pairings are important and we were advised that 6-7 trips to the buffet was expected and normal).  Courses included: (1) herring with potatoes, (2) salmon, (3) cold cuts and salads, (4) hot dishes (including traditional Swedish meatballs), and (5) desserts (so many!!).  I’m not normally one to take food pictures, but I insisted on a picture from each course so that I could look back to see everything that I’d eaten.  We ate so much and I was surprised to find that I actually enjoyed some of the herring and salmon dishes (normally not my thing). 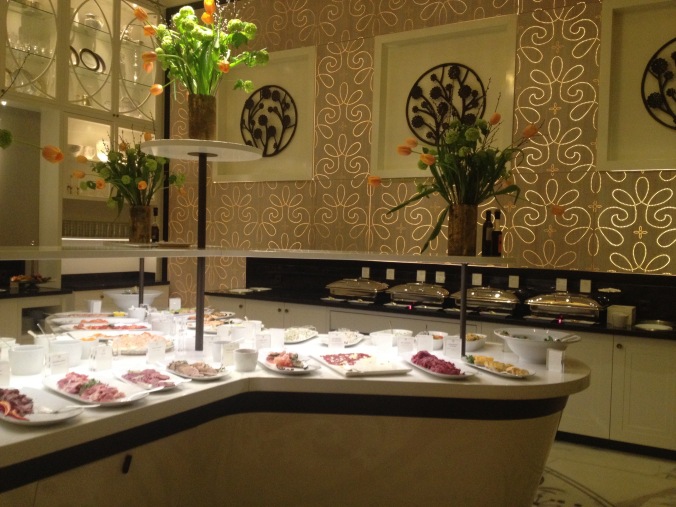 A partial view of the spread 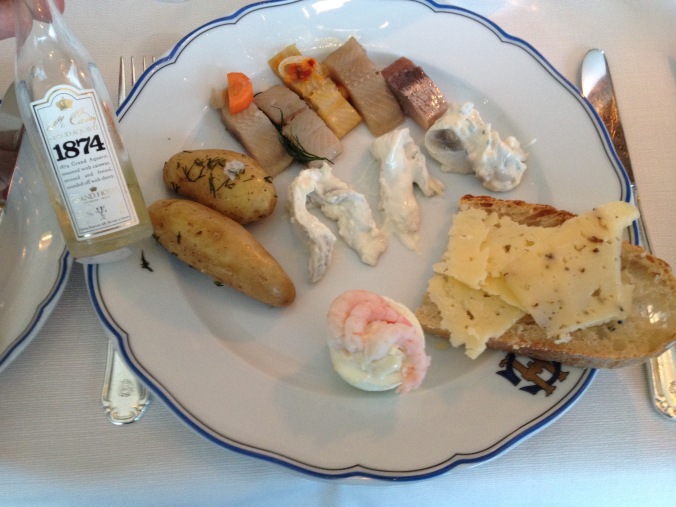 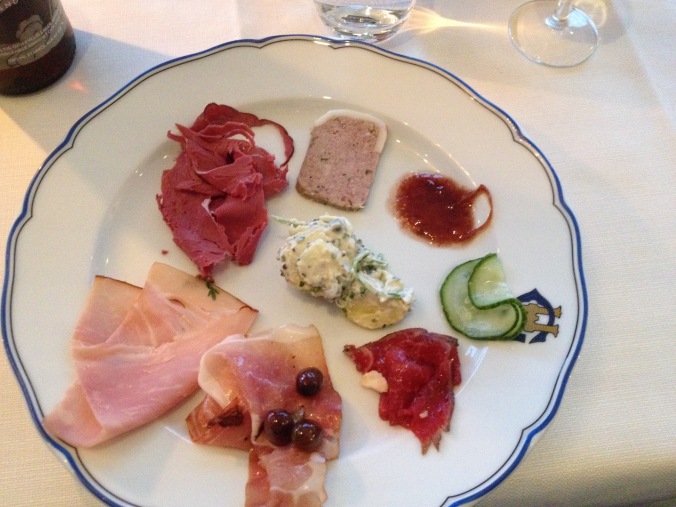 My third course: cold cuts, including moose terrine and venison

We are both still processing that today was the first full day of our year-long adventure.  I expect that it will be a while before reality really sinks in.