Our final stop in the Philippines was one that I had been looking forward to since arriving in the country: Coron.  The area is known for its wreck diving and I was eager to see what all the fuss was about.  Confusingly, the town of Coron is on Basuanga Island, which is next to Coron Island.  The whole area is part of the Palawan Province, but is actually north of the island of Palawan, which is known for its beautiful beaches (which we skipped because we decided that we’ve spent an awful lot of time at beaches for not being beach people). 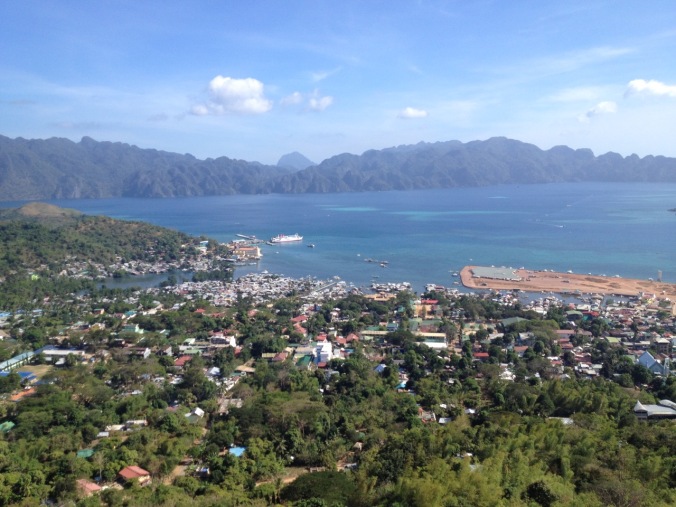 Looking down on Coron Town.