Oh man, what a day! Our longest day yet, and not exactly by choice. I’m exhausted.

We woke this morning at 5 and got off to a good start. It was cold when we woke (35 degrees!) and the tent seemed a little wet, but I dismissed Michael’s suspicion that it had rained overnight. The weather report that I checked in town showed no chance of rain for the next week. I didn’t believe him until multiple people that we ran into this morning confirmed it. I guess my earplugs work well.

After a few miles we ran into some familiar faces: Avo, Gabs, and Kurt! Then a few miles later we saw Travis and Kelsey! It was like a reunion of all the people that we saw before taking our wedding zeros. 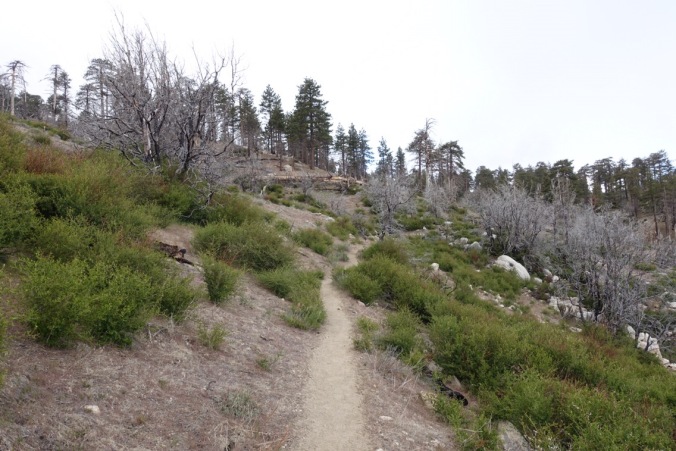 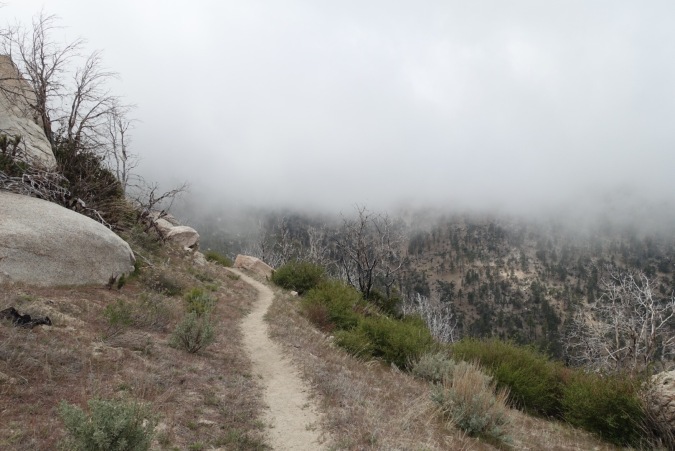 And the clouds move in…

The morning never really heated up much. And then we saw the clouds. One hiker that we saw said that there was a 40% chance of rain at noon. What?? What happened to our sunny days? 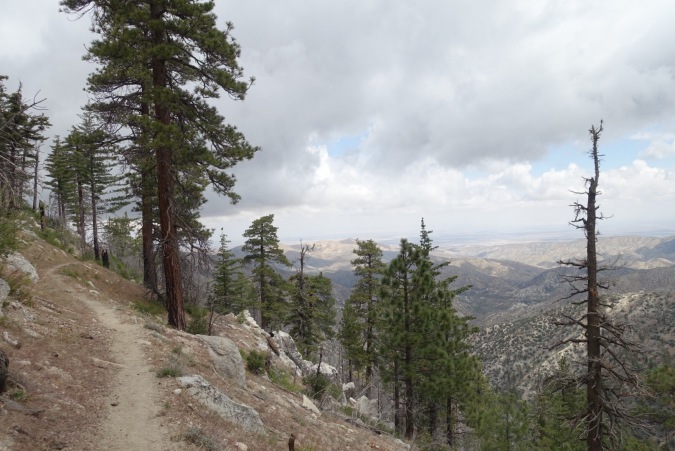 We made our 10 by 10 and then decided to push to 18 before lunch. There was a nice looking spot with water and we just couldn’t pass up the chance to eat our lunch at a picnic table. As we continued on I began to see what looked like snow falling. Maybe I was seeing things? Then little bits of hail bounced off my phone screen as I got it out to check my mileage. What?!?! It hailed pretty hard for a bit and then let up. Michael checked the temperature and sure enough it was 35 degrees again! 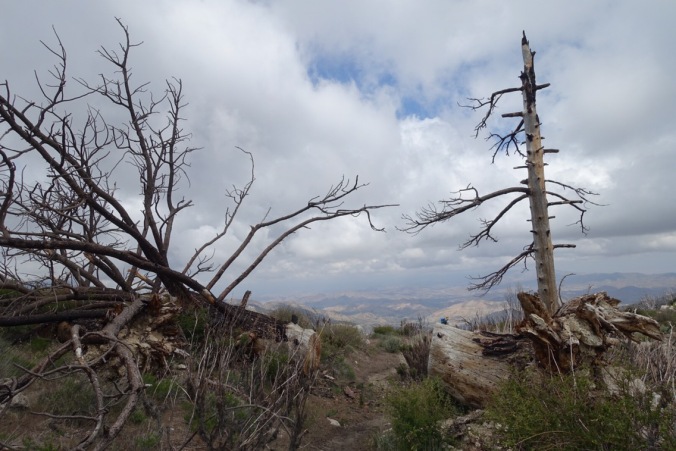 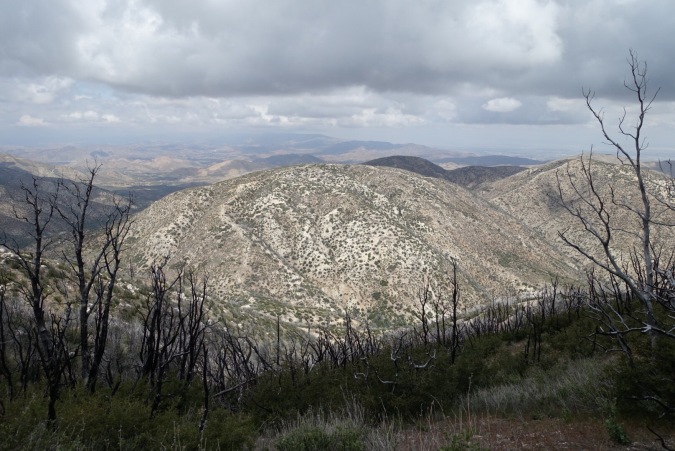 At lunch we saw more familiar faces from our pre-zero days such as Not Yet (Alexa). I guess we’ve officially caught up with our pre-wedding crowd!

It continued to be cold at lunch and smokers hogged the bathroom. Time to move on.

We set out after lunch knowing that there may be limited camp options up ahead, but also knowing we’d freeze if we weren’t walking. It was too cold to sit still! As soon as we’d shed a layer after warming up from walking uphill, it started to rain. Of course. This time it didn’t let up.  [My camera was stashed in my pack to stay dry from here on out, so I only managed to capture a few pictures with my phone.]

It felt like we were basically walking through the clouds for a few hours.

The area that we walked through was covered in a heavy brush. One of the plants present was our friend poodle dog bush (related to poison oak and with similar effects). Apparently in some years it’s been bad enough that there is a “poodle dog alternate,” which is basically a road walk around the area. Not necessary this year in my opinion, as it was easy enough to avoid the bushes if we watched carefully. Still slowed us down though. 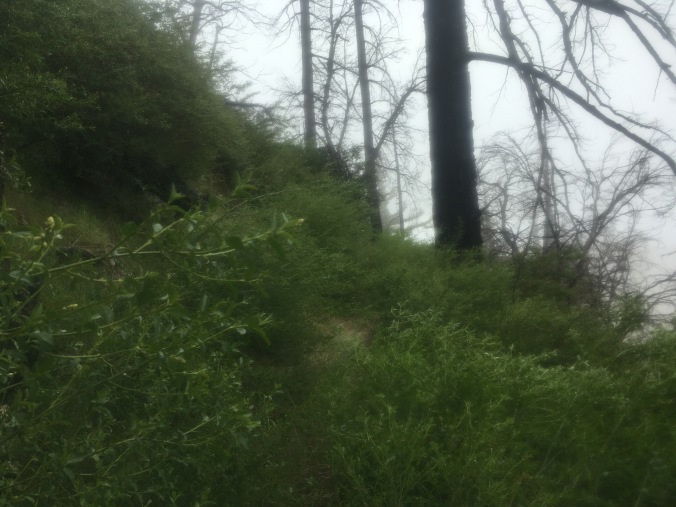 What was not so easy was getting through the normal bushes. They obstructed the trail and were often as tall (or taller) as I am. It was exhausting to push my way through and only added to how wet I was becoming in the rain. After a few miles of this I was tired and ready to stop, but that wasn’t an option. There was no where to stop and even though it eventually stopped raining it was still really cold. We needed to keep moving to stay warm.

We knew there was a camping area coming up, but it would be an almost 30 mile day to reach it. Not something I wanted to do today. We finally found a spot a mile before a group camp spot. We’ve fallen behind much of our group (who started further along than us this morning), but I’m too tired to go on and we’ll catch up later.

I cooked dinner in the vestibule again. Although I’m finally in dry clothes, it is so cold.

Peeking out the vestibule.

Our plan had been to stop at the Acton KOA tomorrow for swimming in the pool. This plan was hatched a few days ago when it was hot. I doubt we’ll bother now because it is freezing!

Elizabeth: after being wet half the day my feet look horrible, but are probably okay; my chafe is so bad.